Our content reflects a more accurate narrative about Harlem and jazz generally, which is particularly important in light of the gentrification that has taken place in both.
—Sue Veres Royal, Bebop Channel Co-Founder 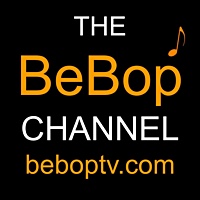 slideshow
The BeBop Channel (beboptv.com), the multicultural multi-platform streaming network from Harlem, is set to begin airing its programming by early 2020 to certain New York City cable households over Spectrum.

The BeBop Channel will air in the north Manhattan region from the Upper West Side extending into the Bronx.

“Many of our supporters, particularly our elderly supporters in Harlem, access their programming via cable and to have them partake in our journey is a must for us”, says CEO and former Duke Ellington Orchestra musician, Gregory Charles Royal.

The BeBop Channel is on par to become the first investable hub of cross genre entertainment and culture emanating from Harlem (the company currently offers stock to New York state residents via its beboptv.com website and hopes to go public in 2020).

Co-Founder Sue Veres Royal says “our content reflects a more accurate narrative about Harlem and jazz generally, which is particularly important in light of the gentrification that has taken place in both."

The BeBop Channel is expected to begin airing on Spectrum channel 79 by early 2020. Updates will be posted at .