The Anatomy of Vince Guaraldi 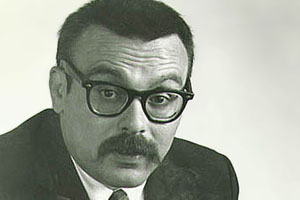 slideshow
In 1963, Vince Guaraldi and Ralph J. Gleason (co-founder of Rolling Stone magazine and the Monterey Jazz Festival) collaborated on a film that offered a unique perspective on how Vince's classic song “Cast Your Fate To The Wind" crossed over from the jazz world to the pop charts, and influenced the next generation of American music.

Unavailable for more than 40 years, this rare footage has been lovingly restored in high definition and fully expanded to continue Vince's story through the 1960s and 70s--from his remarkable scores for the Peanuts animations, to the groundbreaking Jazz Mass at Grace Cathedral, and his legendary appearances at the Hungry i, the Trident, El Matador and the Monterey Jazz Festival.


Produced by award-winning filmmaker Andrew Thomas and Ralph Gleason's son and jazz historian Toby Gleason, The Anatomy of Vince Guaraldi was presented as a work-in-progress at the 2009 Monterey Jazz Festival to overflow crowds. The BluRay/DVD package and soundtrack will be available in 2010.


For more information on this film, as well as its theatrical engagements and home video release, please contact: [email protected]