Thaddeus Ford plays from the heart 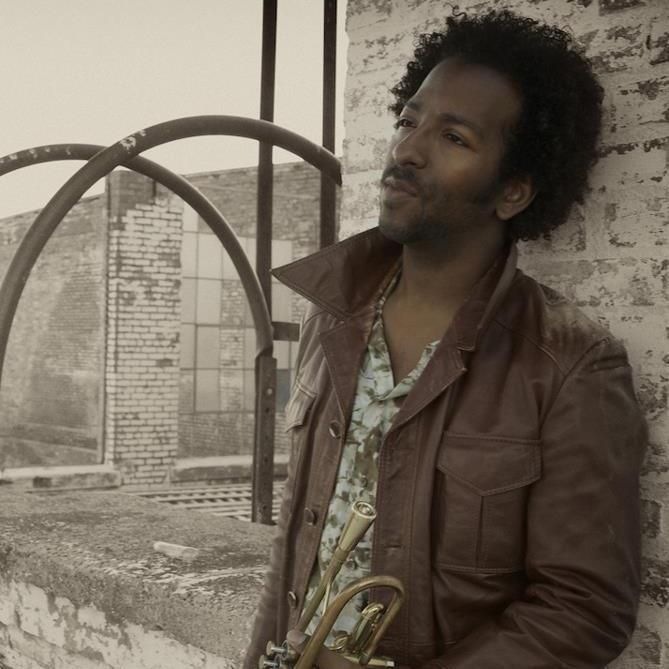 Thaddeus Ford is lucky to be alive. One year ago, he suffered a heart attack—at the young age of 34.

Now one year later, he has assembled his band and will play—at the Tuesday Nite Jazz series at the St. Paul United Methodist Church—a set of original tunes that he himself wrote. He is proud of the fact that he will be playing his own songs. Ironically, that fateful night a year ago this was the concert he was preparing for. It was one night before the actual concert, three days before his 35th birthday; he was heading to a practice session.

He had just left his girlfriend’s house when he started having symptoms which he know now to be signs of a heart attack: tingling in the left arm, heavy sweating and nausea. Initially he thought he was having a bout of anxiety. The sweat and discomfort led him to tear off his shirt.

He managed to drive back to his girlfriend’s house. Although Thaddeus thought it would pass, she was convinced that something was wrong and drove him to the hospital. The doctor told him, Sir, you are having a heart attack.

“It is surreal talking about it,” he said in a conversation at Ascension Coffee in the Dallas Design District. “You have no idea what goes through your mind when a doctor says, you’re having a heart attack.”

He was dressed stylishly with denim pants and shirts, hat and sun glasses. He fit in nicely with the good-looking crowd of people at the coffee house. A full beard, he wore his sun glasses through the whole interview; it is a part of his New Orleans jazzman cool.

Thaddeus is from six generations of New Orleans musician. The first of these six generations was a bassist who migrated from the Dominican Republic in 1856. He learned this family history from an enterprising family member who wrote a book about his family.

Thaddeus went to the New Orleans Center for the Creative Arts, a school that has turned out famous musicians like the Marsalis brothers, Terence Blanchard, Harry Connick, Jr. and Trombone Shorty. It was at this school—with Thaddeus and his dad, also a trumpet player, in the audience—that the famous alumnus trumpet player Wynton Marsalis played at assembly. It was after that performance that Thaddeus told his dad, that is what he wanted to do—become a trumpet player.

Thaddeus said attending the creative arts school was like going to college and with music all around New Orleans, it was not unusual that he got his first music gig at the age of 12. He went on to become a professional musician in the city where jazz itself was born, the home of the world’s most famous trumpet player, Louis Armstrong.

As fate would have it, his first wife got a job offer in Dallas. Thaddeus himself came to Dallas with no intention of staying, but he decided that in Dallas with his wife is where he needed to be. Not long after, there was the great hurricane in New Orleans so Dallas has been his home ever since.

It has been a long road in Dallas. At the time of his heart attack, Thaddeus said he was three years divorced and under a great deal of stress. He said it did not help that he had not visited a doctor in a long time and has a hereditary condition from his father who himself died of a heart attack.

All that behind him, Thaddeus said he wants people to hear his music and see his music in a new light. He has reassembled his band: Wes Stephenson bass, Adam Pickrell keyboard, Hunter Hendrickson guitar and Lamont Taylor drums.

In life, one does not always get second chances. But on a Tuesday at St. Paul United Methodist Church, Thaddeus Ford got a second chance to play his very own original music. And the response from the audience was great.