SOURCE: ALL ABOUT JAZZ PUBLICITY
November 20, 2007
Sign in to view read count 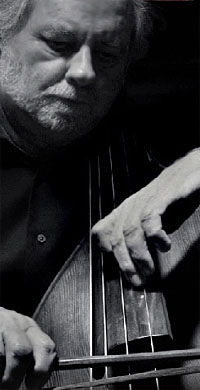 Notable qualities of the album are: the debut of the arco bass voice of Terry Plumeri; one of the only recorded examples of Herbie Hancock's playing in the year 1971; the rare appearance of Herbie Hancock and John Abercrombie together; the classical side of Herbie Hancock, which is displayed on the title cut; the rare appearance of Eric Gravatt as a percussionist, who at the time of the recording was playing drums with the original Weather Report; the unusual combination of acoustic bass and electric guitar as a front line voice; the solid rhythmic and structural foundation provided by drummer Michael Smith.

In retrospect, He Who Lives In Many Places is a piece of jazz fusion history, which for a number of years has lived only in the limited world of vinyl. Now with it's rebirth into the digital world, this music which was documented thirty-six years ago by premiere jazz recording engineer Rudy Van Gelder, and recently re-mastered by Grammy Award winning mastering engineer Arnie Acosta, now lives. 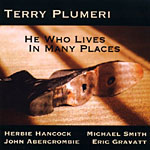 He Who Lives In Many Places is vailable at CD Baby.