Teri has an intuitive laid back sense of time reminiscent of Abbey Lincoln & Betty Carter but with her own uniqueness. --Jack DeJohnette, NEA Jazz Master 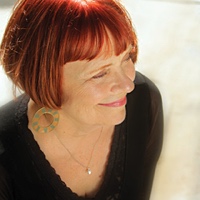 New York based vocalist Teri Roiger recently released her fourth recording as a leader, Ghost of Yesterday: Shades of Lady Day, a heartfelt tribute to Billie Holiday. Since Ms. Holiday provided the initial spark that led to a lifelong commitment to jazz, this one is especially personal to Teri.

Ghost of Yesterday: Shades of Lady Day was released on Dot Time Records on Billie Holiday's birthday (April 7, 2017). Liner notes by Kabir Sehgal. “The multi-faceted brilliance of Billie Holiday is served up sizzling hot by the multi-talented Teri Roiger- a match made in jazz heaven!"—Kabir Sehgal, author & Grammy-winning producer.

“Powerfully moving...sagacious warmth...impressively deep..."—Christopher Loudon, JazzTimes “She is made for those who still understand the meaning of the term the real thing."—Stanley Crouch (Author/Cultural Critic)

“Billie Holiday provided the initial spark leading to my commitment to a life in jazz! On this multi-dimensional project I celebrate and honor Lady Day's legacy by showing the many facets of Billie...her ebullient joy, her rebellious spirit, her rich sensuality, and the depth of her blues. Included on the recording are songs made famous by Ms. Holiday, songs written by Ms. Holiday, and some very moving songs about Ms. Holiday, including some of my original lyrics. This recording brings me full circle."—Teri Roiger