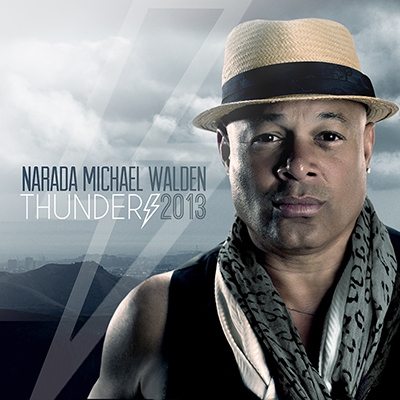 Narada Michael Walden has produced many household names including: Aretha Franklin, Gladys Knight, Regina Belle, Steve Winwood, Ray Charles, Wynonna Judd, Whitney Houston, George Michael, Mariah Carey, Barbara Streisand, Lionel Ritchie, Elton John, Sting, Carlos Santana, Shanice Wilson, Tevin Campbell, Lisa Fischer, Stevie Wonder, Tom Jones, Jeff Beck and The Temptations. He was awarded Grammys for Producer of the Year in 1988, Album of the Year for the movie soundtrack The Bodyguard in 1993 and the R&B Song of the Year in 1985 for Aretha Franklin's Freeway of Love. Billboard Magazine also named him one of the “Top Ten Producers with the Most Number One Hits”.

As impressive a production and songwriting resume as Narada Michael Walden has assembled over the past thirty years, he has earned equal acclaim as a recording and performing artist in his own right. Beginning as a drummer with the pioneering Mahavishnu Orchestra (replacing Billy Cobham at 19 years old), Narada also toured with Jeff Beck, Tommy Bolin, and Weather Report. With eleven acclaimed solo albums of his own which produced Dance Hits such as, I Shoulda Loved Ya, Divine Emotions, I Don’t Want Nobody Else to Dance With You, along the way, he has achieved greatness in a wide range of sonic arenas. Walden’s music includes groundbreaking soundtrack work on such blockbuster films as The Bodyguard, Free Willy, Beverly Hills Cops II, 9 ½ Weeks and Stuart Little to the EMMY-winning “One Moment In Time,” the theme to the 1988 Olympic Games.

His new label, Tarpan Records is a home for many great established artists and some amazing up-and-coming artists as well. Tarpan Records specializes in artist development, full service project management, promotion, and distribution. Initially focused on Narada Michael Walden’s releases, the plan is to apply this business model to up and coming and established recording artists in the years to come.

Tarpan Records will release Narada Michael Walden’s new album Thunder 2013 nationally in late September of 2013 with help from distribution and marketing powerhouse Independent Distribution Collective. This new album is a Rock masterpiece, with many flavors of Narada’s vast history mixed in. On September 24th 2013 the label will also release Narada Michael Walden’s Rising Sun, an instrumental EP that features Narada and his fantastic new band performing remakes of his greatest Fusion Hits.

Narada Michael Walden and his band will perform a series of shows across the USA in the new few months in support of the release of Thunder 2013. The first in this series, deemed a “pre-release” concert, will be held at Yoshi’s Oakland - 510 Embarcadero West, Oakland, CA 94607 on September 5th, 2013 doors at 7pm show at 8pm. This show will feature songs from Thunder 2013, Rising Sun, and of course some of the hits from Narada’s legendary catalog.