I have been to Kansas City several times before and love the city and its jazz history. My experience this time around was amazing and beautiful. The energy, unifying spirit, and the love of the people inspired me. 'Chiefs Kingdom' celebrates this incredible city, its legacy, and its people. —Sylwester Ostrowski 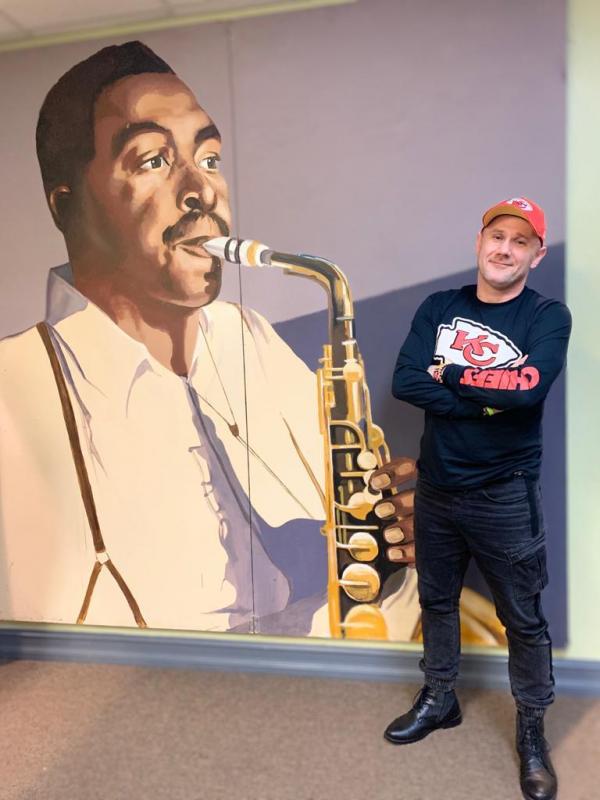 “Chiefs Kingdom" is a piece of celebratory and uplifting music honoring Kansas City, its Jazz legacy, and the 2020 Super Bowl Champions, the Chiefs. Ostrowski was in Kansas City for a project celebrating Parker’s Centennial in partnership with Jazz Sister Cities during the championship game in February 2020. Together with Kansas City, Ostrowski experienced an electrifying moment as he watched the victory of the Chiefs after fifty years. His mind went into action, capturing the moment with music. Writing from a friend’s basement, he brought together two Kansas City legacies, Jazz and football. The outcome is the single “Chiefs Kingdom."

“I have been to Kansas City several times before and love the city and its jazz history. My experience this time around was amazing and beautiful. The energy, unifying spirit, and the love of the people inspired me. “Chiefs Kingdom" celebrates this incredible city, its legacy, and its people," said Sylwester Ostrowski.

“Sylwester was in Kansas City the day our beloved Chiefs won its firsts Super Bowl in 50 years. His “Chiefs Kingdom" perfectly expresses his joy and excitement on that historic day," said Bobby Watson.

Ostrowski strategically brought together Jazz artists from three generations. Bobby Watson on alto saxophone and Eric Allen on drums. Sylwester Ostrowski on tenor saxophone and Dominique Sanders on bass. Jakub Mizeracki on guitar. Dominique Sanders and Ostrowski are the music producers, and the recording took place at Make Believe Studios in Omaha, Nebraska. The first live performance of “Chiefs Kingdom" took place on July 31, 2020, on Onet Rano, one of the largest mornings live shows in Poland.

The release of “Chiefs Kingdom" is a testament to the power of Jazz to bridge cultures and unite communities globally.

Ostrowski is an accomplished tenor saxophonist, composer, producer, and bandleader of the Jazz Brigade. He is experiencing outstanding success in his music career, built around collaboration with other artists, and partnering with jazz institutions through his organization Szczecin Jazz. Ostrowski's global connections span four continents from Europe, North America, Africa, to Asia. He is a leader in Poland, building a cross-cultural partnership with Jazz. His work has earned the city of Szczecin his hometown, the label “The Jazz Capital of Poland," and the title Honorary Ambassador of Szczecin.