Swingadelic - The Other Duke: Tribute to Duke Pearson (2011) 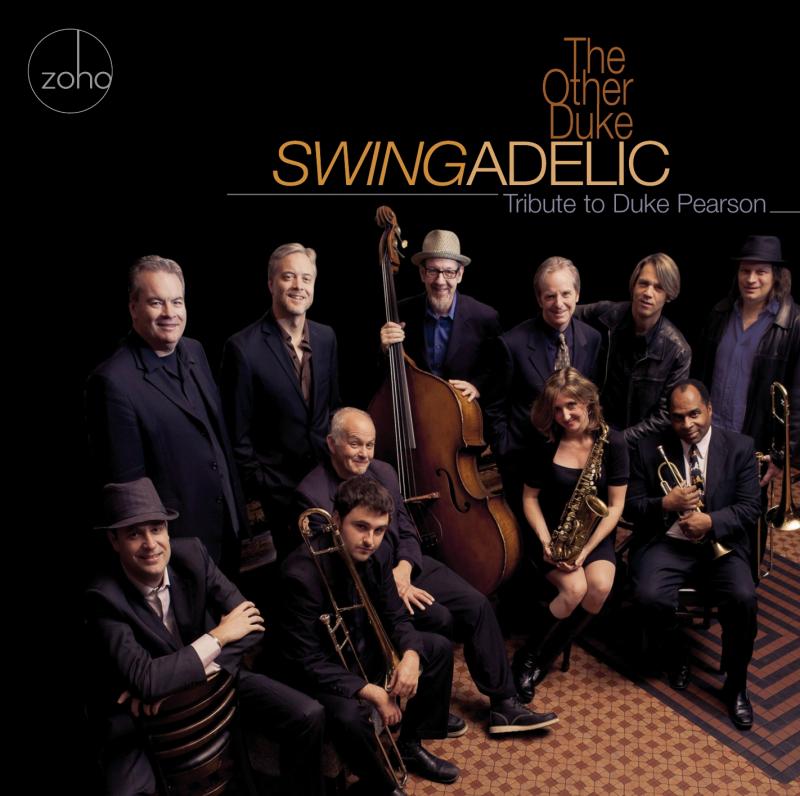 slideshow
Better known for helping shape the Blue Note Records hard bop sound as a producer in the 1960s, pianist Duke Pearson also led his own big band before succumbing to the ravages of multiple sclerosis at age 47.

Pearson displayed an underrated flair for unconventional arranging in a setting that couldn't have been further from his dates with the likes of Donald Byrd, Grant Green and Bobby Hutcherson. These forgotten contributions are brilliantly explored on The Other Duke, to be issued July 12 on Zoho Music.

That starts with a blast of boogaloo called “Mississippi Dip," highlighted not just with a boozy horn signature but with this cool-rocking, rockabilly-influenced turn on guitar by Boo Reiners. Elsewhere the song, originally featured on 1967's Introducing the Duke Pearson Big Band, includes some sizzling Latin elements. But it's Reiners' slice of Southern soul that sticks to the ribs like good barbeque.

More importantly, it's perfectly in keeping with Pearson's own genre experiments. Bassist Dave Post and tenor player Paul Carlon are credited with the bulk of these new arrangements, but altoist Audrey Welber and trombonists Rob Edwards and Rob Susman also contribute charts, and that only adds to a keen eclecticism surrounding The Other Duke.

There are rumbling Latin tunes like “Chili Peppers," featured on Pearson's The Right Touch in 1967. And muscular blues asides like “New Time Shuffle," a Joe Sample composition that was also part of the Introducing project. (Pearson produced a version of the track for Sample's album of the same name in 1967, too.)

In many ways, the album works as both loving tribute and Pearson primer: Christo Redentor was his biggest hit, as performed by Byrd in 1963. (Byrd also memorably performed Pearson's “Duke's Mixture" on his terrific 1961 project The Cat Walk, as well as “Sudel," both of which are included here.) “Jeannine," a bubbling soul-jazz cooker, became Pearson's jazz standard. His 1966 release Honey Bee is given new illumination by the inclusion of both the flute-driven title track, the bass-showcase “Ready Rudy" and the Basie-ish “Big Bertha."

For all of these swinging triumphs, Post and Co. won't push Pearson past Ellington amongst jazz Dukes—who could?&#151but they certainly makes the case for this talented pianist/arranger/producer's place in the legacy.

Recording Swingadelic Something Else! AAJ Staff