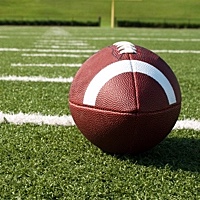 Yesterday's Super Bowl was amazing—perhaps the most astonishing finish in NFL history. But the halftime show was a bit of a disappointment. A little too playful and silly for me, and not nearly enough intensity or drama. Which reminded me that in the beginning, the Super Bowl halftime show was a modest jazzy affair. The turning point came in 1993 during a halftime show that would change the event forever.

The first Super Bowl halftime in 1967 at the Los Angeles Memorial Coliseum featured the marching bands of the University of Arizona and Grambling State University. That was it. More marching bands followed until 1972, when Ella Fitzgerald, Carol Channing, Al Hirt and the U.S. Marine Corps Drill Team took the field at Super Bowl VI in a tribute to Louis Armstrong, who had died the previous July.

Jazz seemed like a good idea the following year, too, so Woody Herman and Andy Williams performed at Super Bowl VII in 1973. Mercer Ellington performed at Super Bowl IX in 1975 in a tribute to his father, Duke Ellington, who had died the previous May. Marching bands returned for the next 18 years along with odd talent along the way, like George Burns and Mickey Rooney in 1987 and Disney characters in 1991.

The turning point came in 1993 at Super Bowl XXVII, held at the Rose Bowl in Pasadena, Calif. Radio City and Don Mischer Productions produced a spectacular halftime show starring Michael Jackson, who performed five songs and sent TV ratings to the moon, making it one of the most watched events in TV history. Baby boomers finally outnumbered the Greatest Generation as football viewers and consumers. In the years ahead, the Super Bowl halftime show would become a marquee event, with the nation's most popular and flamboyant artists being asked to perform to an audience of billions around the world.

Here's the Michael Jackson halftime show in its entirety in 1993, kicking off the modern-day mega-event...