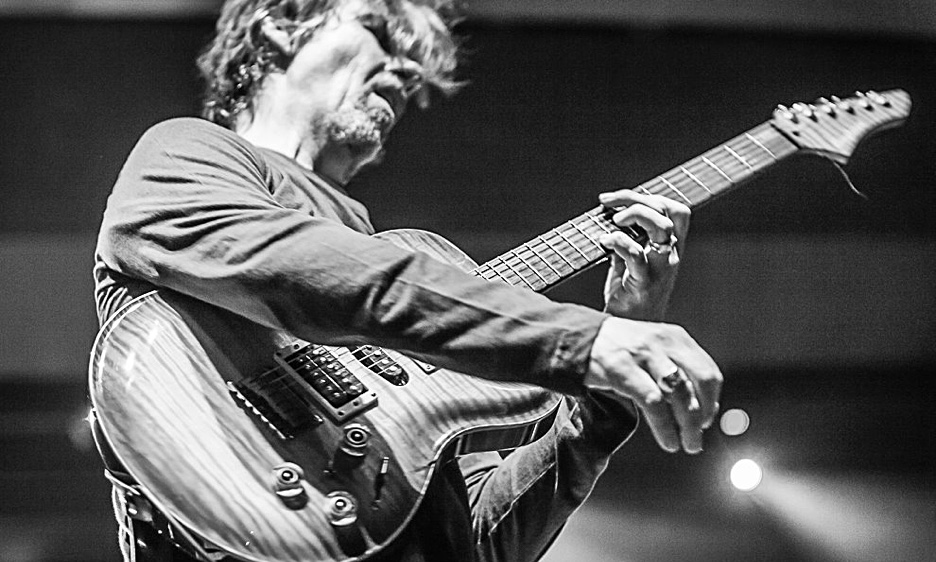 There are only two rules in music, it must be beautiful and it must feel good! &#151Dean Brown

​Dean Brown’s music defies boundaries to combine Rock, Latin, Jazz, Funk, and Fusion into a joyful, soulful, dynamic and intense groove. He is well known in the global jazz/fusion scene for his powerful virtuosic rhythm guitar work and his passionate melodic soloing. Those who have seen and heard Dean perform are immediately pulled in by the energy he puts into each and every note.

“My program focuses on practical ear training, practical theory (relativity), technique, and the psychology of great performance. No matter what style or genre of music you are interested in, I'm sure you will benefit from my tailor-made lessons.

It is my belief that having exceptional relative pitch is essential to being a good musician/improvisor.

Understanding how chords and scales relate to one another in a simple, elegant way can improve your playing by leaps and bounds, taking what you already know and learning how to use it in different, creative ways.

Paying a little attention to technique can go a long way to improving your time, feel and ability to express yourself.

Most importantly, the intense focus of a master improviser requires a mentality devoid of insecurity and negativity. Whether you are a hobbyist or professional, understanding music to a greater degree can positively affect many aspects of your life as well as making you a better musician.

There are a few different plans available from one time/"as you go" options to 4 or 10 lesson packages.

You can also contact me at [email protected] to secure your spot.

I look forward to hearing from you about setting up some Skype lessons.

As an educator and clinician Dean Brown has developed and conducted master classes at universities, schools and venues around the world. He regularly teaches several popular classes of his own curriculum at Musicians Institute in Hollywood, California since 2006.

Dean has a series of video lessons available on mymusicmasterclass.com and has also released an instructional/live DVD with publishing giant Hal Leonard titled Jazz, Rock, and Funk Guitar ~ Modern Techniques for the Electric Guitarist"and has had many instructional articles in Guitar Player Magazine (US), Guitar World (US), Gittare and Bass (G), Bass Player, Jazz Life (Jp), Big Box (I), Muzikus (Cz), Guitarist (Fr), and 20th Century Guitar (US) magazines.

Since starting to play professionally with his own group at the age of 13, Dean has toured all over the world with his projects and performed and recorded alongside legendary artists such as: Marcus Miller, The Brecker Brothers, Billy Cobham, David Sanborn, Bob James, George Duke, Roberta Flack, Bill Evans, Randy Brecker, Victor Bailey, Joe Zawinul, Simon Phillips, Lenny White, Chris Minh Doky, Kirk Whalum, and Steve Smith’s Vital Information, just to name a few.

Over the years Brown has been interviewed in Guitar Player Magazine, Guitar World, Jazz Life, Gittare & Bass, Big Box, Muzikus, and Guitarist Magazine along with well known online publications. His performances have also included television appearances on The Tonight Show With Jay Leno, The Arsenio Hall Show, After New Year’s Eve With David Sanborn, The Rosie O’Donell Show, BET, Bravo, and many top television and radio shows throughout the world.