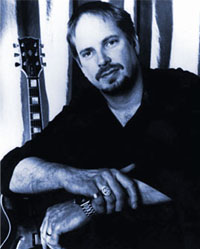 
The Stryker / Slagle Band's new CD “Latest Outlook" (Zoho) was voted one of the Top CD's of 2007 by Jazz Times Magazine, The Star Ledger, and Jazz Improv Magazine

By THE NEW YORK TIMES JAZZ

STRYKER-SLAGLE BAND (Tuesday through Sunday) The guitarist Dave Stryker and the alto saxophonist Steve Slagle have worked together in hard-driving settings since as far back as the mid-1980s. Last year they released an impressive album, “Latest Outlook" (Zoho), featuring the tenor saxophonist Joe Lovano, who rejoins them for this quintet engagement. (Through Feb. 10.) At 7:30 and 9:30 p.m., Dizzy's Club Coca-Cola, Frederick P. Rose Hall, Jazz at Lincoln Center, 60th Street and Broadway, (212) 258-9595, jalc.org; cover, $30, with a minimum of $10 at tables, $5 at the bar. (Chinen)


Guitarist Dave Stryker and Saxophonist Steve Slagle have been developing their own group sound for over 20 years. “Latest Outlook", their 3rd CD as The Stryker / Slagle Band, follows last year's “Live at the Jazz Standard" (Zoho Music). The latest edition of The SSB includes bassist Jay Anderson and drummer Victor Lewis who have played with Dave and Steve off and on since the beginning. Joining them this week at Dizzy's will be longtime friend - the great saxophonist Joe Lovano who guested on the new CD.

Dave Stryker spent over 13 years with Stanley Turrentine, and also worked with Jack McDuff, Kevin Mahogany and Eliane Elias. He has 20 CD's out as a leader, and has been a sideman on over 50 others.

Saxophonist Steve Slagle has released 10 CD's as a leader, and performed as a sideman on countless others. He has played with Machito, Ray Barretto, Charlie Haden, Milton Nascimento, Carla Bley, The Mingus Big Band, and Joe Lovano's Nonet.

ZOHO(tm) is distributed by Allegro.