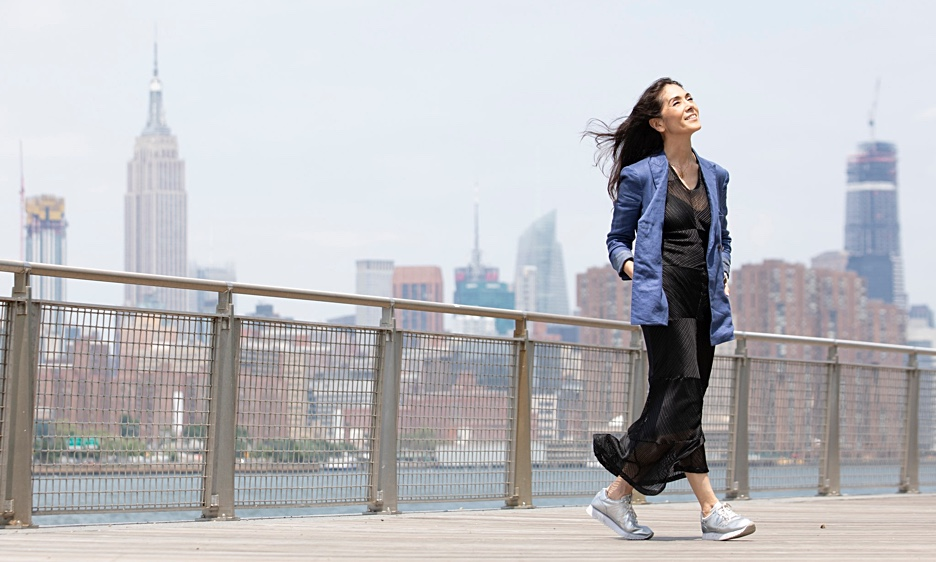 At the end of the day, everyone has a story, and that’s what lyric writing is, a form of storytelling.
—Monday Michiru

Born in Japan, Monday’s musical and cultural perspectives were formed not only by her upbringing in both Japan and coastal U.S., but also by her legendary jazz parents, NEA Jazz Master and Japanese Living Treasure Toshiko Akiyoshi, cult jazz saxophonist Charlie Mariano, and tenor saxophonist-flutist Lew Tabackin. In 1987, after starring in “Hikaru Onna,” a film by Shinji Somai for which she won Best New Actress by the Japan Film Academy, her career in Japan began to take off in acting, followed by a prolific stream of recordings; to date, Monday has nearly 200 solo and collaborative projects under her belt, many which have topped the charts in Japan and Europe (“My Foolish Dream,” “You Make Me,” “Play It By Ear,” theme songs to “Legend of the Galactic Heroes,” “Star Suite,” amongst others).

The year 2000 witnessed Monday’s move to New York where she raised her son and still lives today. “When I became a mother, there was a nurturing side of me that was unleashed,” she reflects explaining her interest in teaching. The idea of the lyric writing masterclass began to form when, upon researching classes offered at various music universities, Monday noted an absence of lyric writing courses. “There’s songwriting and composition classes offered, but nothing supporting lyric writing, which I find odd and wanting. It’s a necessary and important part of songs.” After over a year of formulating a course structure, Monday conducted her first lyric writing seminar this summer to much success: Storytellers Workshop NYC was born.

Forest of Swingin' Notes, a new Project and Promotion Service formed this year and headed by Hiroshi Kono (Mar Creation) and Mizuho Uchiyama (Nu Jazz Entertainment, New York Japanese Jazz Festival), are the co-presenters of Storytellers Workshop NYC. While the three share a Japanese and jazz background, the seminars will be open to people of all races and genres, with the sole focus on English lyric writing. “It’s important for me to not be rigid in the curriculum with set rules and a formula, but to meet the needs of the participants; everyone has a different issue, whether it’s a writer’s block or just trying to figure out how words should fit over a melody, and I think it’s important to address these issues. Lyric writing is tricky, there are some rules but it’s all about the balance and flow with the music.” Upon the conclusion of the weekly four class course, there will be a 70-minute showcase by the participants to perform their creations at Club Bonafide. “It was clear to us during the summer session that the participants wanted to share and sing what they were writing.”

“At the end of the day, everyone has a story, and that’s what lyric writing is, a form of storytelling. Writing is like any muscle, you’ve got to do it or you lose it, and that’s what these seminars will be about, unleashing what’s inside, and exercising that muscle. So let’s lyricize!”

$200 for the course, including the Lyricists Lounge showcase.
Classes will be capped at 20 people, first come first serve.