StLJN Saturday Video Showcase: Then and now with Béla Fleck and the Flecktones 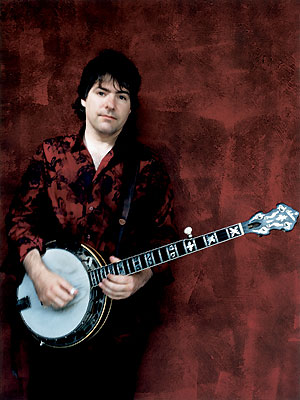 slideshow
This week, let's take a look at some videos of Béla Fleck and the Flecktones, who are coming to St. Louis to perform next Thursday, June 27 at Powell Hall.

This year's tour marking the band's 30th anniversary is one of their most extensive since original member Howard Levy rejoined in 2009, covering 21 dates this summer with more on tap for fall. Their Powell Hall appearance will be their first St. Louis show since 2012, when they played at The Sheldon while touring in support of their 2011 album Rocket Science.

With that 30th anniversary in mind, today's collection of videos shows the Flecktones both in the present day and at the very beginning.

Their very first show together in 1988 came about when Fleck was asked to appear on the PBS series Lonesome Pines and had to assemble a band to play the show, which went well enough that they subsequently stayed together as the Flecktones. You can see a performance from that 1988 broadcast, “Sea Brazil," in the first video embed up above.

You can take a look at the full episode of the Flecktones' return in 1991 to the Lonesome Pines stage in Louisville, KY, this time with saxophonist Branford Marsalis along as a special guest.

Next, check out their 1992 appearance on PBS' Austin City Limits, not long before Levy left the band.

Fast-forwarding ahead 16 years, the next two clips, “Sex In A Pan" and “Nemo's Dream," were recorded during a performance by the reunited Flecktones in June 2018 at the Capitol Theatre in Port Chester, NY.

The last video features them playing the title track from their second album, 1991's Flight of the Cosmic Hippo, at a gig last July in Boulder, CO.