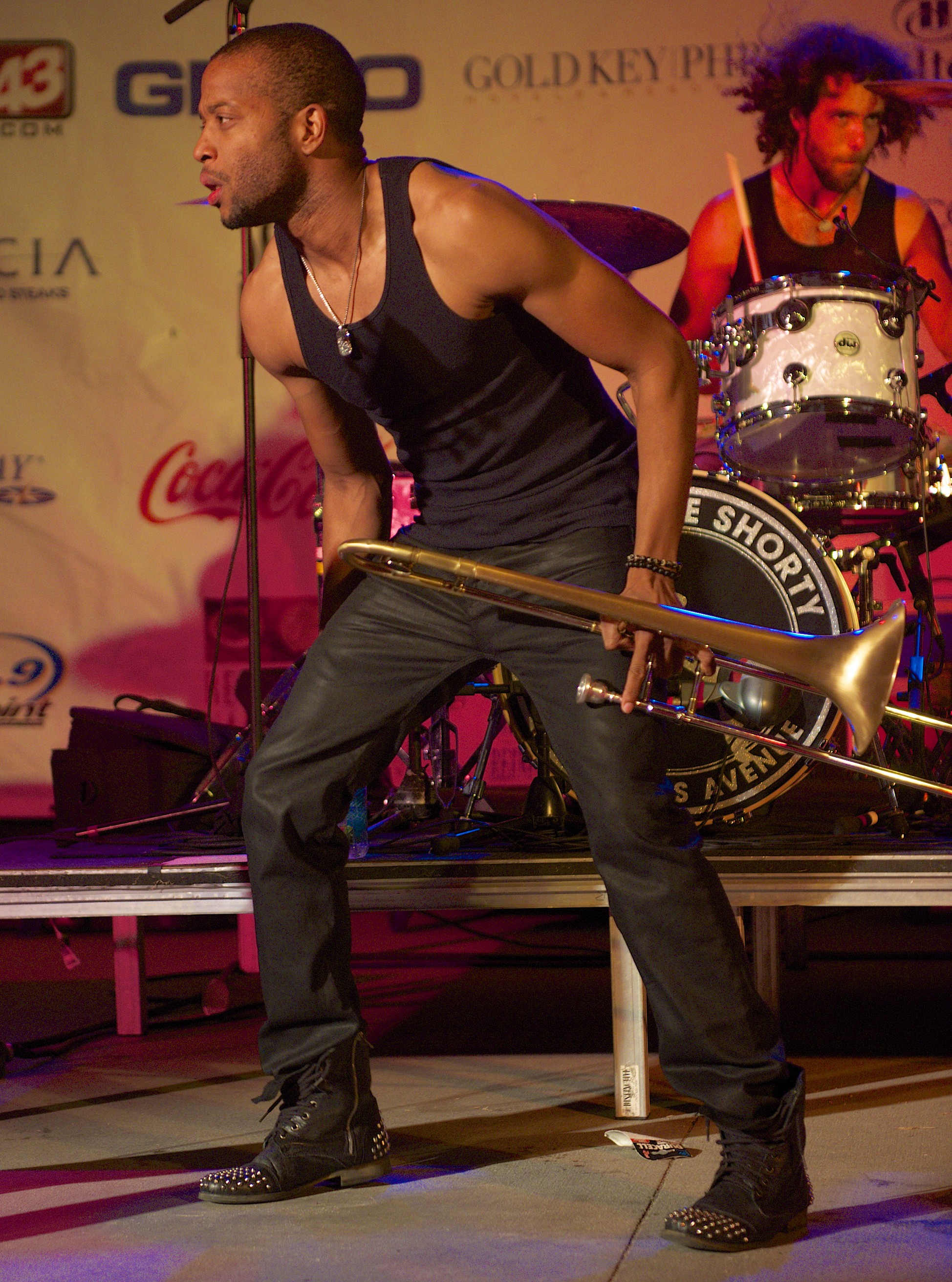 slideshow
This week, let's take a look at some videos featuring Trombone Shorty and his band Orleans Avenue, who will be returning to St. Louis to perform next Friday, June 7 at The Pageant.

Since he last played here in 2015, Shorty (aka Troy Andrews) has continued to enjoy crossover success, touring frequently in the USA and overseas and putting out the album Parking Lot Symphony, released in 2017 on Blue Note Records.

This year, he also was selected as the closing act for New Orleans Jazzfest, a spot that traditionally has been reserved for the most popular local act, and was occupied for many years by the Neville Brothers. It was a passing-the-torch sort of moment, marking Trombone Shorty as a leader among his generation of NOLA musicians.

Given his multiple previous appearances and already-considerable fanbase here in St. Louis, today's collection of clips skips the introductions to focus on recent performances, starting up above with “Where It At?," recorded during Shorty's appearance in January of this year on the PBS series Austin City Limits.

You can see two more performances, “Hurricane Season" and “Do to Me/When the Saints Go Marching In," that were recorded for that same Austin City Limits show but not included in the broadcast.

Next, you can see Shorty demonstrate his circular breathing technique on a version of the venerable standard “On The Sunny Side of the Street," as recorded in March of this year at a gig in Amsterdam, Netherlands.

That's followed by a full set of music recorded in February 2019 at Sweetwater Brewery in Atlanta, and finally, a version of “Tripped Out Slim" captured for posterity during a visit in August 2017 to the studios of radio station KCRW in Santa Monica, CA.