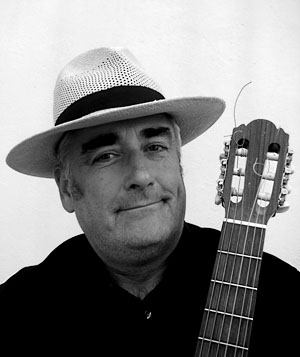 slideshow
This week, let's have a look at some videos featuring guitarist Fred Frith, who's coming to St. Louis to perform in a concert presented by New Music Circle on Saturday, December 14 at Joe's Cafe. While he's in town, he also will present a free master class on Sunday, December 15 at the 14th St. Artists Collective in north St. Louis.

Fred Frith, who turned 70 this year, was born in Sussex, England and first came to wide attention in the late 1960s and early 70s as a member of the art-rock band Henry Cow. His 1974 album Guitar Solos made a splashshowcasing his unusual approach to improvising, using lots of effects and deploying various found objects, including ball bearings, egg beaters, drumsticks and many more, both to strike the guitar and sometimes to “prepare" it in a manner recalling John Cage's prepared pianos.

In 1979, Frith moved to New York City, where he became part of the then-burgeoning downtown experimental music scene, which led to him forming groups such as Massacre and Skeleton Crew and eventually, collaborating with Brian Eno, Robert Wyatt, Syd Barrett, Mike Oldfield, The Residents, John Zorn, Bill Laswell, and many others.

Frith in the 1980s also began writing music for dance, film, and theater. After spending a couple of years living in Germany, he moved in 1997 to Oakland, CA to join faculty at Mills College, where he taught composition until retiring last year, all the while maintaining an active performing and recording schedule.

For his St. Louis show- his first since a duo performance with John Zorn many years ago at The Sheldon- Frith will be playing solo, and so today, we've collected some performance videos including four solo shows, starting up above with a full performance recorded in April of this year at the Torino Jazz Festival in Turin, Italy.

There are two more solo concerts, from February 2019 in Ottensheim, Austria and June 2016 in Paris, France.

Next is a combination solo performance and Q&A session recorded in January 2013 in New York City, in which Frith plays and also talks about five of his favorite songs, followed by another older solo show from March 2007 in Mexico City.