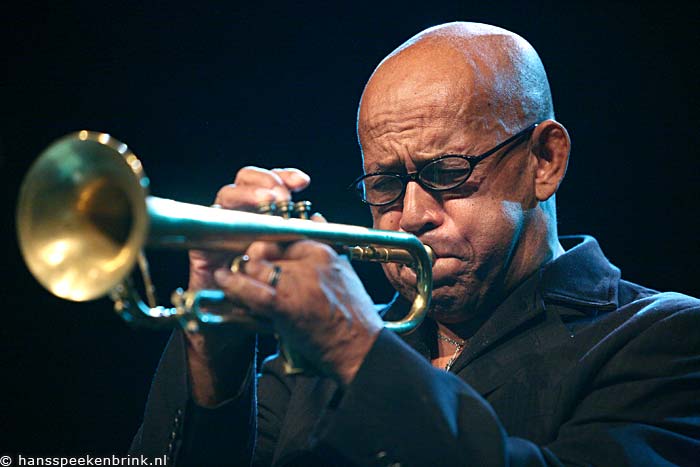 Presented in conjunction with SLU as the first production of the revived Nu-Art Series, the concert also will feature poet and author Leah LeFlore (daughter of the late trumpeter and Black Artists Group co-founder Floyd LeFlore), pianist Ptah Williams, and trumpeter George Sams, the founder and head of Nu-Art.

Henderson, who will celebrate his 78th birthday the day of his St. Louis show, recently has enjoyed renewed public attention, performing and recording with the “supergroup" The Cookers and earlier this year releasing a new quintet album, Be Cool, on the Smoke Sessions label.

Probably still best known for his work with Herbie Hancock's Mwandishi band in the early 1970s, Henderson for years pursued dual careers in music and in medicine, working as a practicing psychiatrist in San Francisco when not touring.

Even so, he's managed to release 30 albums as a leader over the course of his career, ranging in style from fusion and funk to straight-ahead, while also accumulating performance and recording credits with Pharoah Sanders, Mike Nock, Norman Connors, Art Blakey's Jazz Messengers, Charles Earland, Azteca, and more.

To give you an idea of Henderson's style and repertoire, we've collected videos of some relatively recent live performances, starting up above with a full set of Henderson leading a quintet in 2016 at the Jazz Kitchen in Indianapolis.

After the jump, you can see him playing the Kenny Barron composition “Phantoms," a frequent part of his live shows, with a quartet in March of last year in Zagreb, Croatia,

That's followed by two clips featuring Henderson as a guest performer with a band led by trumpeter Jesse Fischer, performing his own composition “Sunburst" and Hancock's “You'll Know When You Get There" in December 2013 at ShapeShifter Lab in Brooklyn, NY.

Next is a video from one of Henderson's previous appearances in St. Louis, at a concert in March 2012 presented by the Nu-Art Series at the now-closed Metropolitan Gallery downtown. Along with the trumpeter, the band includes Freddie Washington on tenor sax, Ptah Williams on piano, Bob DeBoo on bass, and Gary Sykes on drums.

The sixth and final video is an episode of the web series “The Pace Report" from 2012, which includes some performance footage as well as an interview with Henderson by host Brian Pace.

One last thing: Observant readers will note, for the first time in many years, the presence of titles and various other typographical bric-a-brac superimposed over the YouTube embeds in this post. Unfortunately, this is a result of YouTube permanently changing its embed code so that those items no longer can be hidden, claiming that they are “an integral part of the YouTube experience."

While yr. humble editor will continue to search for another way to remove the superfluous material (which, often as not, contains misspellings and errors), it looks like all sites that embed YouTube videos are stuck with the new formatting limitations for now.