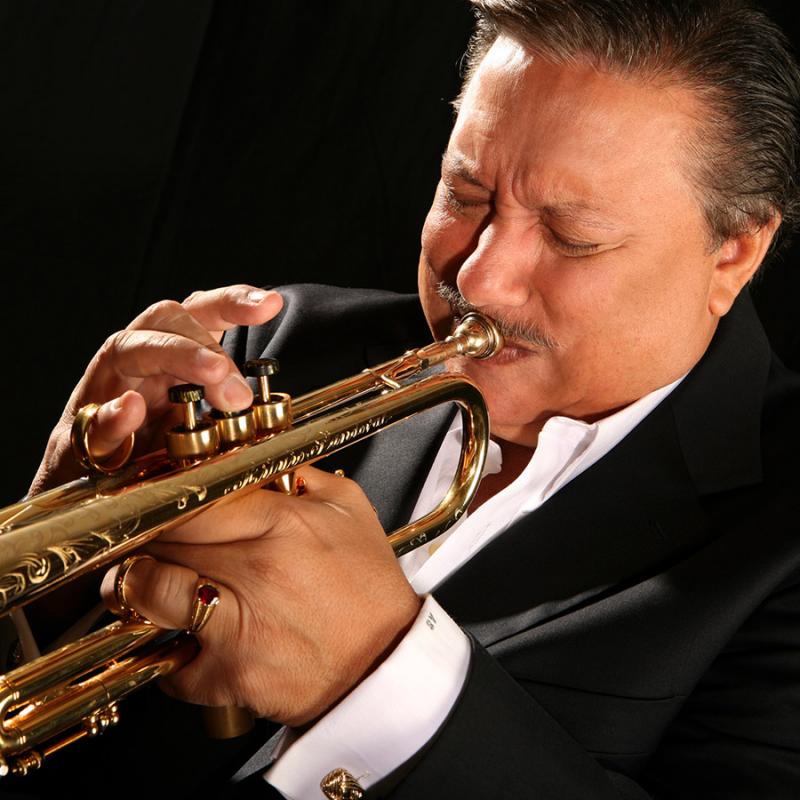 slideshow
This week, let's take a look at some videos featuring trumpeter Arturo Sandoval, who will perform with his band and vocalist Jane Monheit for the annual “Friends of the Sheldon" benefit next Saturday, October 26 at the Sheldon Concert Hall. It will be Sandoval's first local appearance since a weekend in October 2017 at Jazz St. Louis; Monheit last performed here in November of that year, also at Jazz St. Louis.

Born in Cuba, the 69-year-old Sandoval first gained recognition in the USA in the late 1970s as a member of Cuban jazz-fusion band Irakere. Around that same time, he met fellow trumpeter Dizzy Gillespie, who became a friend, mentor, and eventually, employer of Sandoval via Diz's United Nations Orchestra.

Thanks in part to Gillespie's mentorship, Sandoval's solo career took off, resulting in offers to record in the USA and tour around the world. He eventually defected to the United States in 1990 while touring with Gillespie, and became a naturalized American citizen in 1998.

In all, Sandoval has released more than 30 recordings as a bandleader, and continues to tour regularly, playing jazz and occasional symphonic gigs, as well as scoring films. He's won a total of ten Grammy Awards to date, plus a Presidential Medal of Freedom and many other honors.

You can see and hear various aspects of the trumpeter's musical personality in today's collection of videos, starting up top with a version of the venerable standard “Peanut Vendor" recorded in 2017 at the Java Jazz Festival in Indonesia.

There are two clips recorded in November 2017 at the studios of KNKX radio in Tacoma, WA, as Sandoval performs “Here's That Rainy Day" and “Soca Beat."

Next, you can see two videos of Sandoval last year at the Jazz Trumpet Festival in Brazil, performing his mentor Gillespie's signature song “A Night In Tunisia" and “Funky Cha-Cha" with the Speaking Jazz Big Band.

The final video shows Sandoval in June of this year performing his second original trumpet concerto with the Prague National Orchestra.