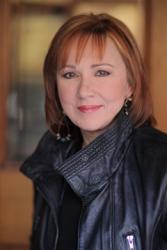 Originally from Arkansas, Vitro began her career in the 1970s while living in Houston, working with the veteran tenor saxophonist Arnett Cobb. She moved to NYC in 1978, performing with the big band of vibraphonist Lionel Hampton and with pianists Kenny Werner and Fred Hersch, and launching her career on a national/international level.

Since releasing her first album as a leader in 1984, Vitro has made a dozen more, including her most recent recordings featuring the songs of Randy Newman, which was nominated for a Grammy Award in 2012, and the pianist and arranger Clare Fischer.

Today's clips offer a sampling of recent performances by Vitro. Up top, you can see her reunited once again with Kenny Werner in May of this year, doing the Bob Dorough song “Devil May Care" at the Estoril Jazz Festival in Estoril, Portugal.

After the jump, you can see another clip from that same performance in which Vitro and Werner offer a version of the standard “Willow Weep For Me." She interprets another well-known standard in the next video, a performance of “Someone to Watch Over Me" recorded in July at the Kitano Jazz Club in NYC.

That's followed by two songs from Vitro's Randy Newman project, “Losing You" and “Mama Told Me Not To Come," seen here in recordings made in June 2011 at Dizzy's at Lincoln Center in NYC with a band featuring pianist Mark Soskin, violinist Sara Caswell, bassist Dean Johnson, and drummer Tim Horner.

Last but not least, you can see a short biographical profile, Roseanna Vitro - A Life in Music, in which she talks about her early career, musical influences, and more.