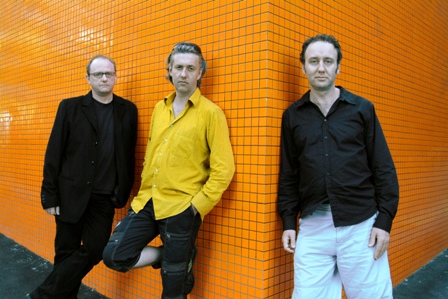 slideshow
For this week's video showcase, it's time to check out The Necks, who will be making their St. Louis debut in a concert presented by New Music Circle at 8:00 p.m. Saturday, March 26 at The Stage at KDHX.

Touted as “one of the great Australian underground acts," The Necks are a trio featuring Chris Abrahams on keyboards, Tony Buck on drums, and Lloyd Swanton on bass.

Since forming in the 1980s, they've released 18 albums, the most recent of which, Vertigo, came out in September 2015. Although The Necks have enjoyed some recognition and success in their home country and in Europe, they haven't toured frequently or extensively in the United States and so have remained somewhat obscure here.

The Necks' sound has been described as “minimalistic, repetitive improvisation" that is able to “inhabit a space somewhere between minimalism, ambient music and jazz; yet remain distinct from all of these forms." Their improvisations can last up to an hour each, though they also sometimes do shorter pieces as well.

You can hear one of those extended improvs in the first video up above, a performance of a piece called “Ohioan" that was filmed in 2014 at Jazzhouse in Copenhagen.

You can see two clips from a 2008 gig at The Factory in Sydney, Australia, the first featuring another long work called “Guelph" and the second, an excerpt from “Pop Will Eat Himself".

Those videos are followed by three more shorter clips: a 2006 performance on the Australian TV program Set; a piece called “Kilt Maker," recorded in the 1990s for another TV program called The Pulse; and “The Royal Family," which was recorded in 1989 in a film studio for use in a movie called Beyond El Rocco.

For more about The Necks, check out the 2015 interview with Lloyd Swanton at The Quietus, another interview from last year with the whole band, published by the website musicOMH.com; and the extended conversation with keyboardist Chris Abrahams on the website of Northern Spy Records.