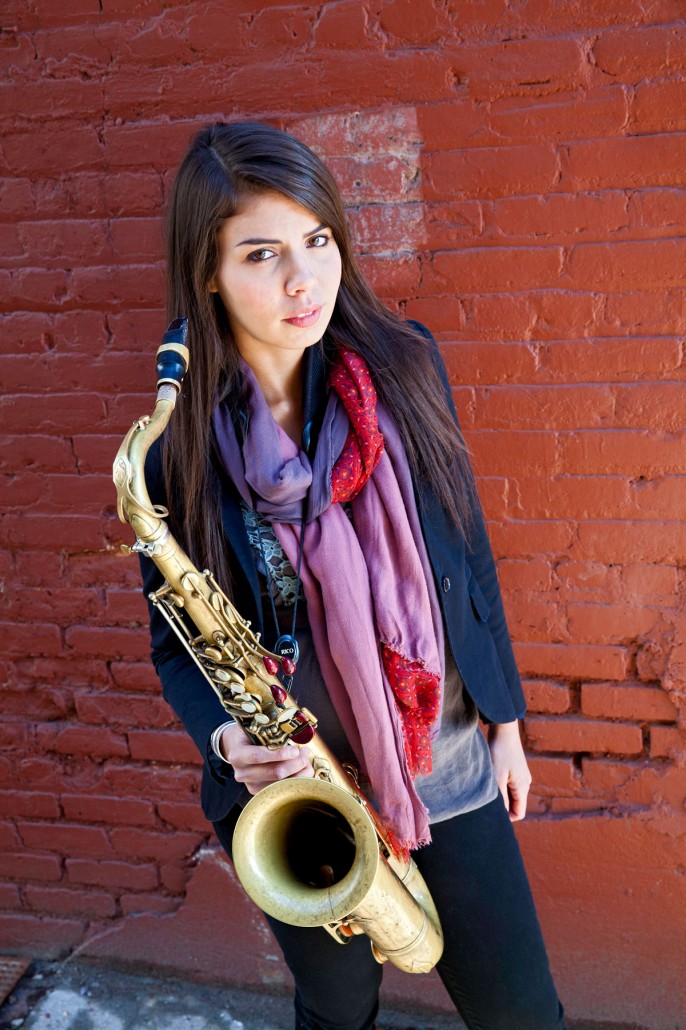 slideshow
This week, let's check out some video performances featuring saxophonist Melissa Aldana, who will making her St. Louis debut starting next Wednesday, April 27 through Saturday, April 30 at Jazz at the Bistro

A 27-year-old native of Santiago, Chile, Aldana began learning saxophone at age 6 from her father Marcos Aldana, a professional saxophonist in Chile. She started playing in local clubs as a teenager, and in 2005 met pianist Danilo Pérez, who was touring in Chile with saxophonist Wayne Shorter. Pérez helped arrange an audition for Aldana at Berklee College of Music, where she was accepted and studied with teachers including Joe Lovano, George Garzone, St. Louis' own Greg Osby, and others.

After graduating from Berklee, Aldana moved to New York, where she was mentored by Osby and veteran tenor saxophonist George Coleman. In 2013, she entered the Thelonius Monk International Jazz Saxophone Competition and became the first female instrumentalist to win the prize.

Aldana has released four albums, the most recent being Back Home, which came out earlier this year and features her current trio with bassist Pablo Menares and drummer Jochen Rueckert.

You can see and hear that trio in action in the first video up above, which features Aldana performing her tune “Sonny" (named in honor of Sonny Rollins) in January of this year at the Movitz Jazz Club in Östersund, Sweden.

After the jump, you can see nearly an hour's worth of Aldana's trio, as recorded by Vermont PBS last fall during the Discover Jazz festival at the Flynn Center for the Performing Arts in Burlington, VT. That's followed by an outtake from the program, a version of “My Ship".

Below that, you can see Aldana play “M&M" in September 2014 at the Monterey Jazz Festival, followed by another full set recorded by radio station WBGO in October 2013 at Berklee College of Music, featuring Aldana, Menares, and drummer Francisco Mela.

For more about Melissa Aldana, see her 2014 interviews with Jazz Times, Revive Music and NPR, and her interview recorded earlier this year at radio station KUSP in Monterey.