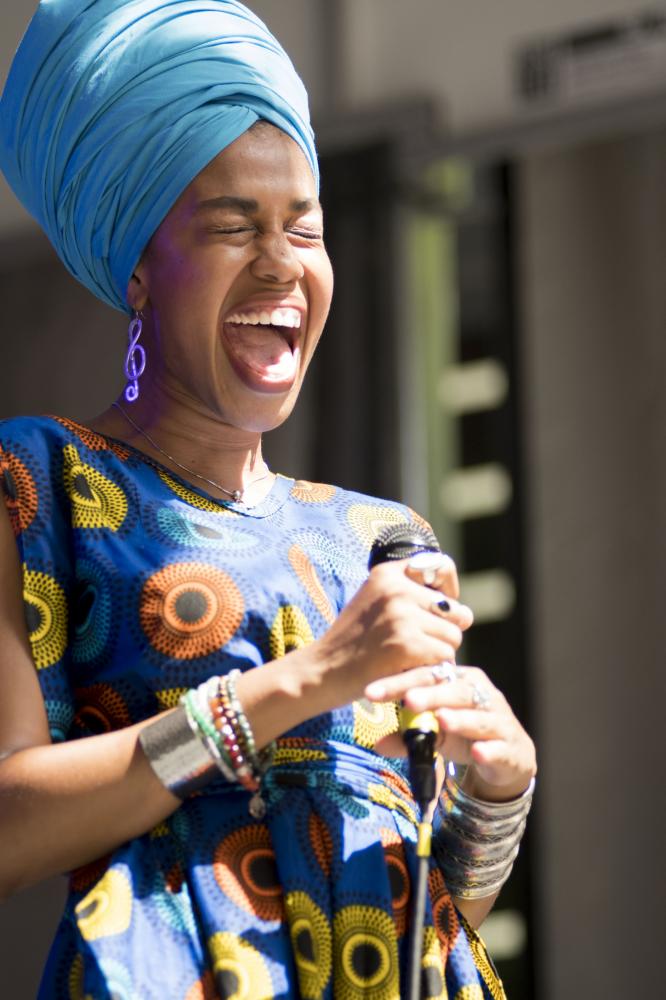 slideshow
This week, let's take a look at some videos featuring singer Jazzmeia Horn, who will make her St. Louis debut with performances starting this coming Wednesday, May 8 though Sunday, May 12 at Jazz St. Louis.

Originally from Dallas, TX, Horn, 28, began singing in church as a young girl and went on to graduate from Booker T. Washington High School for the Performing and Visual Arts in her hometown.

After moving to NYC to attend the New School for Jazz and Contemporary Music, she first gained wide attention from her participation in the Sarah Vaughan International Jazz Vocal Competition, in which she was named a “rising star" in 2012 before winning the competition outright in 2013.

Following that up in 2015 by winning the Thelonious Monk Institute International Jazz Competition, Horn became one of the most talked-about new vocalists of the decade even before putting out her first album, drawing comparisons to Sarah Vaughan, Betty Carter, and Dinah Washington.

Eventually signing with Prestige Records, Horn released her debut recording A Social Call in 2017, and earned a nomination for a 2018 Grammy Award in the “Best Jazz Vocal Album" category. Over the past couple of years, she's become a full-fledged headliner, performing at major jazz venues and festivals in the US, Europe and Asia.

And speaking of those Grammys, you can see Horn's performance at the 2018 Grammy Awards ceremony in the first video up above, which shows her singing the bluesy Bobby Timmons/Jon Hendricks composition “Moanin.”

After the jump, you can see Horn doing the title song from A Social Call in a rehearsal recording from November 2018, backed by the WDR Big Band playing a new arrangement of the tune from saxophonist Bob Mintzer.

That's followed by two songs from a session in October 2018 at KNKX radio in Tacoma, WA, as Horn offers her takes on “Tight," made famous by Betty Carter, and Marvin's Gaye's “What's Going On."

Next is an set of music from Horn's appearance in July 2018 at the Jazz Port Townsend festival in Washington, for which she was accompanied by saxophonist Tim Warfield, pianist Taylor Eigsti, bassist Harish Rhavan, and drummer and St. Louis native Marcus Baylor.

The final clip shows Horn's interpretations of “Please Do Something" and “Willow Weep for Me," as recorded last year at the Blue Note Milano in Italy.