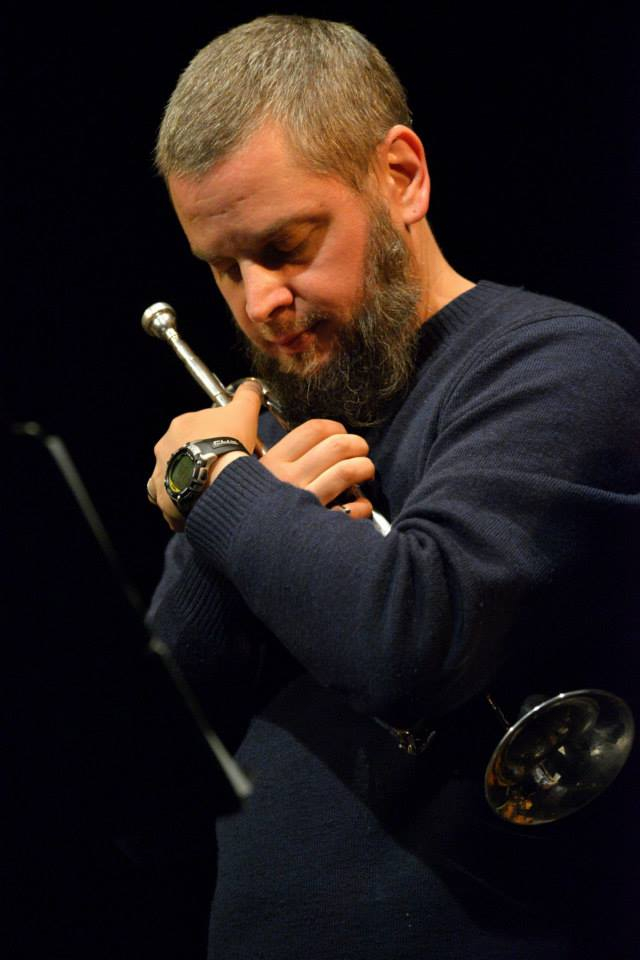 slideshow
This week's grab-bag of videos features electronic musician Ikue Mori and trumpeter Nate Wooley, who will be performing in a concert presented by New Music Circle next Saturday, February 18 at The Luminary.

Mori, 63, is a Japanese native who first gained recognition in the late 1970s as the drummer for the NYC-based “No Wave" band DNA. She subsequently began working with drum machines and electronics, eventually abandoning the drums entirely for a laptop computer, which remains her preferred instrument. She has collaborated live and on record with many well-known improvising musicians, including Zeena Parkins, Dave Douglas, Fred Frith, and perhaps most notably, saxophonist/composer John Zorn, with whom Mori has made 20 recordings over the last 30+ years.

Wooley, who at 43 years old is a generation younger than Mori, grew up in a small town in Oregon and moved to NYC in 2001. He has performed with Zorn, Frith, Anthony Braxton, Ken Vandermark, Evan Parker, Chris Corsano, Peter Evans, and Halvorson and numerous others, and has earned recognition for a distinctive style of solo performances informed by the relative stillness of his rural upbringing that incorporates “vocalization, extreme extended technique, noise and drone aesthetics, amplification and feedback."

For their St. Louis show, Mori and Wooley will perform individually and as a duo. Although there doesn't seem to be any video online of previous collaborations between the two of them, you can get something of an idea of what to expect by checking out the videos below, in which both are featured performing in three different contexts.

First up is an excerpt from a show by Wooley's quartet last July at a venue called Rye Bar in Brooklyn, NYC. In addition to the leader, the band includes alto saxophonist Chris Pitsiokos, bassist Brandon Lopez, and drummer Dre Hocevar.

After the jump, you can see an excerpt from a duo performance featuring Wooley and Australian-born improvising vocalist Charmaine Lee in November 2016 at Gallery 456, the venue of the Manhattan-based Chinese-American Arts Council.

Below that, you can see a solo performance by Wooley titles “For Kenneth Gaburo" recorded in January 2015 at Avant Media, which is also in Brooklyn.

The fourth clip features Ikue Mori with drummer Yoshimi Yokota from the Japanese rock band THe Boredoms and cellist Okkyung Lee performing in December 2016 at Saint Vitus in Brooklyn.

Next is an excerpt from from a show by Phantom Orchard, Mori's duo project with harpist Zeena Parkins, recorded in November 2015 at the Zorn-curated NYC performance space The Stone.

The final video is from a solo performance by Mori in 2009 at the Unlimited Festival in Wels, Austria. Entitled “Nymphs, witches and fairies," it's a live realization of a soundtrack she composed for a marionette theater performance, augmented here by “film sequences," also by Ikue Mori.