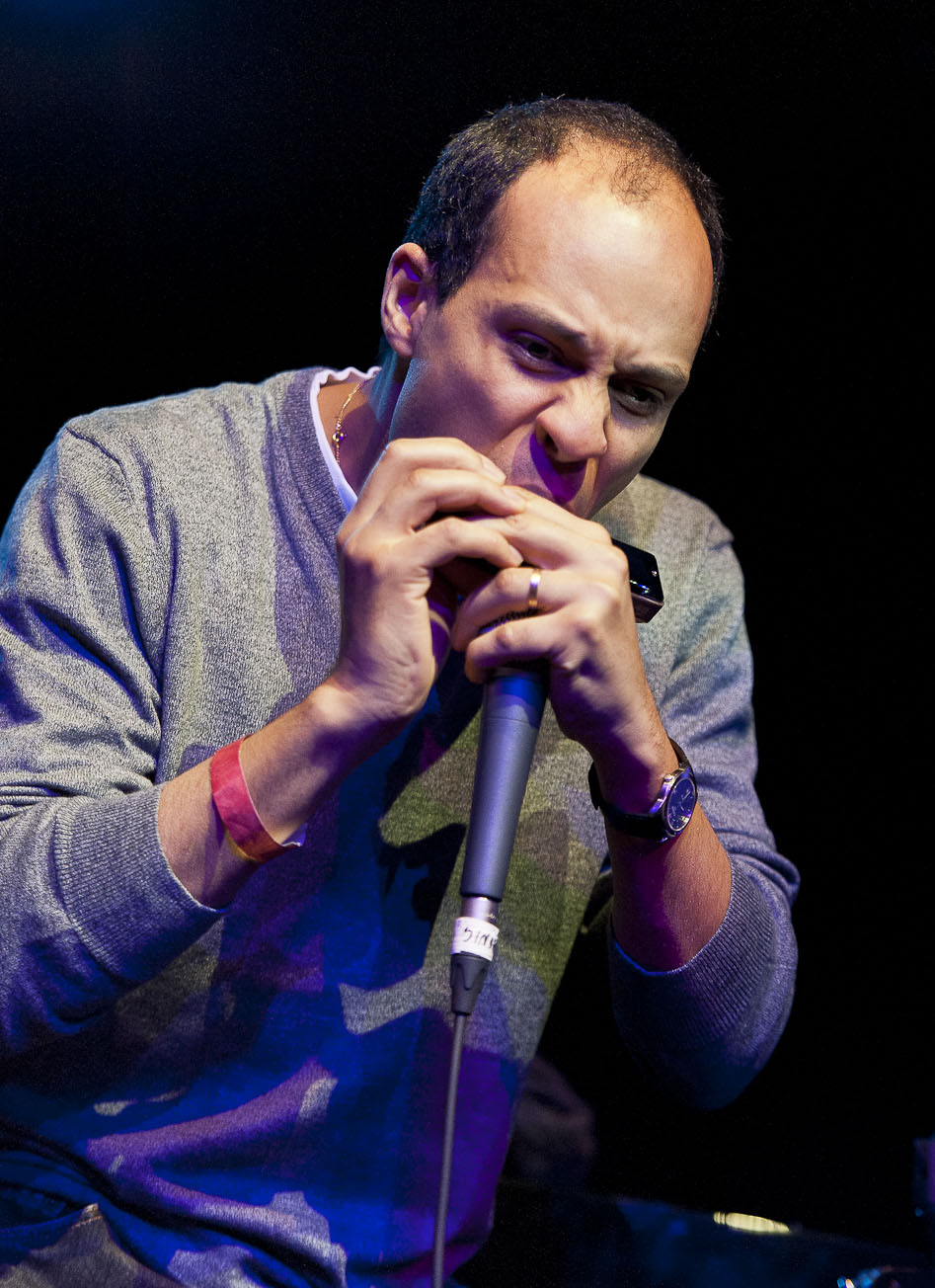 slideshow
Harmonica players are rare in jazz. Many fans could recognize and name the late Jean “Toots" Thielemans (who also played guitar) and Howard Levy, who first earned fame playing harmonica and keyboards with Bela Fleck and the Flecktones (and St. Louis music fans in the know might tout our town's Sandy Weltman as deserving of being mentioned in the same company), but beyond that, not many harp players have been able to make a living over the years exclusively playing jazz.

Since the early 2000s, however, there's been another name added to that very short list, that of Grégoire Maret, a 41- year-old native of Switzerland who, along with guest vocalist Alicia Olatuja, will make his St. Louis debut as a bandleader with performances starting Wednesday, April 12 through Saturday, April 15 at Jazz at the Bistro.

Though he began doing recording sessions and gigs soon after moving to the USA to study music at NYC's New School, Maret first came to wide attention in 2005, touring with the Pat Metheny Group and performing on their Grammy-winning album The Way Up.

Maret subsequently toured and recorded with Herbie Hancock and Marcus Miller, made four albums with the late singer Jimmy Scott, and has played on numerous sessions in support of well-known musicians including George Benson, David Sanborn, Jeff “Tain" Watts, and many others. His first, eponymous solo album was released in 2012, with a follow-up, Wanted, coming out in 2016.

This post compiles a sampling of Maret's performances on video, starting with his complete set from the 2013 Lotos Jazz Festival in Poland, which you can see and hear in the first embedded window up above.

After the jump, there are three numbers from his show at the 2016 Montreux Jazz Festival- “The Gospel," “Beautiful Memories," and “God's Love"- all part of a production billed as “The Gospel According to Grégoire Maret."

The last two clips feature Maret in studio settings playing duets with bassist Robert Kubiszyn on “26th Of May" and “Why".