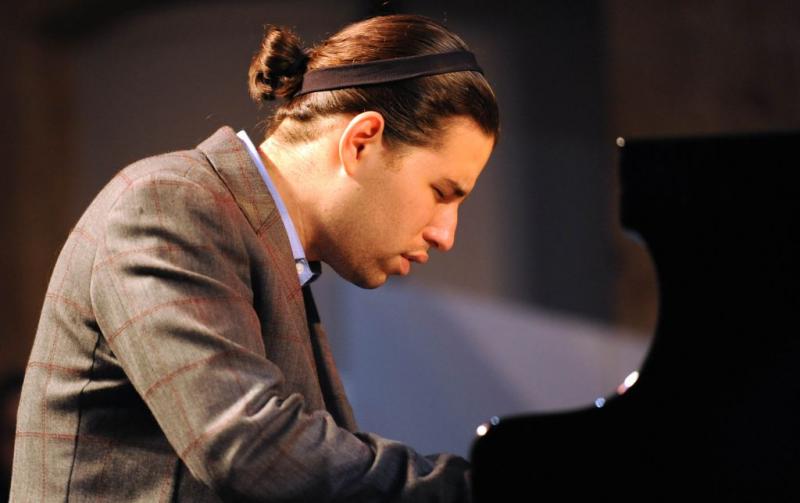 slideshow
This week, StLJN's video spotlight shines on pianist Alfredo Rodriguez and percussionist and singer Pedrito Martinez, who are coming to St. Louis for a series of duo performances starting Wednesday, February 1 through Saturday, February 4 at Jazz at the Bistro.

Both Martinez, 43, and Rodriguez, who's 31, are originally from Cuba, and came to the United States to pursue their musical careers in 1998 and 2009, respectively.

Martinez settled in New York City, and was part of the group Yerba Buena before forming his own band in 2005. Thanks in part to a decade-long residency at the Manhattan club Guantanamera, he connected with the jazz and Latin music scenes in NYC sufficiently to have appeared on more than 50 albums as a sideman, including work with pop and rock stars like Paul Simon, Bruce Springsteen, and Sting.

His first album as a leader was released in 2013, earning a Grammy nomination and ending up on a number of critics' lists of best albums of the year. Martinez' most recent recording is Habana Dreams, which came out last summer, featured guest appearances from Marsalis, Ruben Blades, Angelique Kidjo, Isaac Delgado, Roman Diaz, and again received generally high marks from critics.

Rodriguez first earned international attention as one of a dozen pianists from around the world showcased at the 2006 Montreux Jazz Festival. That appearance brought him to the attention of producer Quincy Jones, who became a mentor and producer to Rodriguez when the pianist finally came to the US three years later. Since moving here, he has released three albums on Mack Avenue Records, the most recent of which, Tocororo, came out last year.

While Martinez and Rodriguez have recorded together on the pianist's second album, both usually are occupied leading their own bands, so the only online video of them playing together as a duo is a very brief snippet released last week by Rodriguez to promote their upcoming dates here in St. Louis and the following week at NYC's Jazz Standard. You can see that clip up above.

In lieu of additional duo videos, after the jump you can see both men leading their own bands in some relatively recent live gigs. First up is Rodriguez playing “The Invasion Parade," a piece that he recorded originally with Martinez and Esperanza Spalding, and which is performed here with bassist Peter Slavov and drummer Henry Cole in January 2015 at SubCulture in New York City.

Below that, there's a clip of Rodriguez performing last April at Visioninmusica 2016 in Terni, Italy, in which he, bassist Ranier Elizarde and drummer Michael Olivera play the title song from Tocororo and their arrangement of the Cuban standard “Guantanamera." That's followed by the same trio performing “Yemayá" at the 2016 Montreux Jazz Festival

The next clip features Pedrito Martinez and his group playing the traditional song “Compa Gellatano" at the 2016 Percussive Arts Society International Convention (PASIC) held in November in Indianapolis. Along with the Martinez on percussion and lead vocal, the band includes his former student Jhair Sala on percussion and vocals, pianist Edgar Pantoja-Aleman, and bassist Yunior Terry.

That's followed by a couple of performances from 2016, a recording of “La Habana" done in April at Subrosa in New York City, and “Recuerdos," which is from a show promoting the release of Martinez' most recent album in June at the McKittrick Hotel in NYC.

For more about Alfredo Rodriguez, check out the interview he did with NPR in 2012 about his first album and his connection with Quincy Jones, and this 2016 interview with AXS.com. For more about Pedrito Martinez, take a look at his interviews from last year with Billboard and the New York Times.