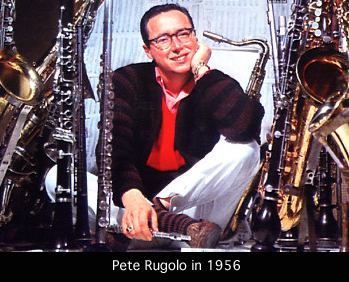 By 1960, the 12-inch album was as commonplace in record-buyers homes as a knife and fork and the stereo format—introduced in 1958—was gaining traction, particularly among single males hoping to impress dates. Meanwhile, the movie industry was having a significant influence on the West Coast's top musicians, who increasingly were being contracted to record soundtracks. As a result, a growing number of West Coast jazz albums began to sound like incidental music for film.

With stereo still in its infancy, the challenge for record labels was to release albums that showed off the new format's wide-range sound. Two artists who experimented at the dawn of stereo in 1960 and 1961 were Pete Rugolo, Shelly Manne and Jack Marshall.