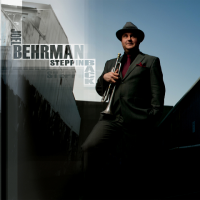 slideshow
When Joel Behrman relocated to the Bay Area in 2000, the trumpeter/composer was intent on renewing his commitment to jazz. He’d completed his music degree at the University of Miami and worked a series of non-jazz gigs, in clubs and on the road, and as he continued his years of dues-paying in California he realized that, in jazz, the fundamental things apply: swing, the blues, connecting with the audience.

“I wanted it to be a Bay Area project exclusively,” says Behrman, a San Jose resident. “There is a lot of talent here that’s underexposed.”

The album’s centerpiece is the leader’s compelling three-movement “Justice Suite” (Sin / Righteous Indignation / Evolution), written for the sextet. While conceived as a response to the current political climate, the suite is also very much an interior drama, “related to a personal struggle of someone trying to change, working through the anger,” Behrman says. “That could be a metaphor for all kinds of things where it doesn’t feel like justice is around.”