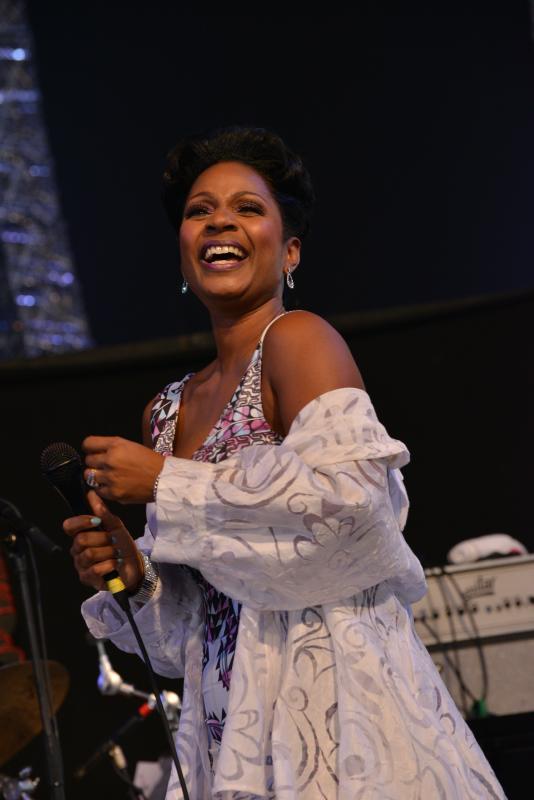 slideshow
New Orleans jazz vocalist Stephanie Jordan has been selected to perform the National Anthem at the New Orleans Pelicans home opener at the Smoothie King Center on Saturday, October 31, 2015. The Pelicans will face off against the reigning NBA champion Golden State Warriors, tipoff is 6:30 pm.

Jordan most recently performed at the Smoothie King Center during the August 29th Katrina 10 Commemoration: The Power of Community event. Stephanie amazed the audience with a stunning rendition of the classic tune “Home” from the Broadway musical The Wiz.”

In regards to her performance at the 2008 NBA All-Star Game with Branford Marsalis, columnist Chris Rose wrote, “Local chanteuse Stephanie Jordan set the anthem on a slow burn Sunday night, delivering the most smoldering rendition of the song since Marvin Gaye performed it at another NBA All-Star Game more than 20 years ago...Another blazing light in our constellation.”

Stephanie Jordan, whom critics have placed in the company of Diana Krall and Dianne Reeves, began to receive noted prominence following the national televised Jazz at Lincoln Center Higher Ground Hurricane Relief Benefit Concert for victims of Hurricane Katrina. “On that memorable night; none sang with greater authority or emotional resonance than Stephanie Jordan, who enthralled the packed house and a national PBS NPR audience of millions with an ascendant reading of “Here’s to Life.”

A graduate of Howard University, Stephanie is also a certified fitness instructor and creator of the exercise technique known as Jazz Pilates which she conducts every Wednesday at the noon in the New Orleans Jazz National Historical Park Visitors Center. She recently unveiled her “I Can Cook Too” demonstration where Jordan publicly shares her culinary skills.