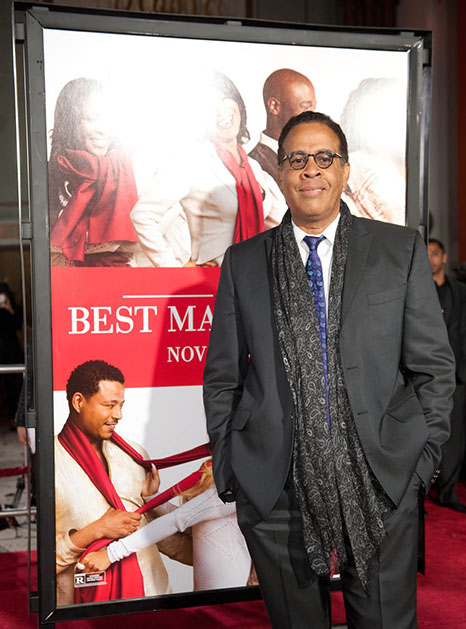 We’re pleased to announce film composer Stanley Clarke’s invitation to join the Academy of Motion Picture Arts & Sciences. This year only 271 artists and executives were extended invitations to the elite 6,417 membership. All have distinguished themselves by their contributions to theatrical motion pictures.

“This year’s class of invitees represents some of the most talented, creative and passionate filmmakers working in our industry today,” said Academy President Cheryl Boone Isaacs. “Their contributions to film have entertained audiences around the world, and we are proud to welcome them to the Academy.”

“I am honored,” Clarke says. “Film has been a diverse experience for me musically, made me a more complete musician and focused my skills completely.”

“The music in a film is essential and always has been. It is the glue that holds the film together,” Clarke adds. “It enhances the emotions of the characters, augments the action and helps lead the audience on their journey through the story. I feel a great responsibility to the craft of film scoring, which makes this invitation so special.”

Clarke has well over 65 film and television credits to his name. As composer, orchestrator and conductor he has scored such blockbuster films as Boyz ‘N the Hood, What’s Love Got To Do With It?, The Transporter, Romeo Must Die, Passenger 57, Poetic Justice and The Five Heartbeats just to name a few. He even scored the Michael Jackson video Remember the Time, directed by Jon Singleton. Most recently he scored the 2013 box office buster, Best Man Holliday. He has been nominated for three Emmys and won a BMI Award for Boyz ‘N the Hood.

Clarke and other new members will be welcomed into the Academy at an invitation-only reception in September.