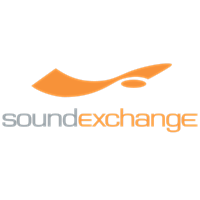 Although SoundExchange is one of today's most important sources of revenue for artists, many musicians are not signed up with the performing rights organization. This article examines how the service works, and why artists should utilize it.

In today’s music business, a musician needs to understand and receive all the various streams of revenue that they are entitled to for their musical works. However, many of today’s artists are uninformed as to what royalties they are entitled to; and, even more musicians are not properly registered nor have their works indexed. This prevents the artist from receiving all the income earned for their creative works. One of these most important streams of income that many musicians fail to recognize or handle properly are the revenues collected by SoundExchange.

SoundExchange is a performance rights organization authorized to collect royalties for the digital performance of sound recordings under Section 114 of the U.S. Copyright Act. The right to these funds was originally established with the passage of the Digital Performance in Sound Recording Act of 1995 and later expanded by the Digital Millennium Copyright Act. Originally, SoundExchange was created by the Recording Industry Association of America (R.I.A.A.) to handle these new revenues; however, SoundExchange eventually became its own stand-alone entity representing the interests of over one hundred thousand artists and copyright owners. As of August 5, 2015, SoundExchange has reportedly paid over $3 billion directly to its artist and label members.

Unlike the other performance rights organizations in the United States that collect royalties for the public performance of musical compositions (i.e., ASCAP, BMI, and SESAC); SoundExchange is the only entity authorized to collect royalties for the digital performance of a sound recording. SoundExchange derives its authority, pricing and guidelines from the Copyright Royalty Board, which is appointed by the U.S. Library of Congress. SoundExchange is run by a board of directors that includes nine artist representatives and nine label representatives. This structure gives artists an equal say in the running of the organization.

SoundExchange is authorized to collect digital performance royalties on behalf of the owners of the sound recording copyright (i.e., the actual recording of a performance of the musical composition, which is referred to as the “master recording”). Typically, the sound recording copyright is transferred to the record label as a part of the recording contract with the musician. However, there has been an increase in sound recording ownership by the artists themselves as record labels are extending far fewer recording contracts than they had done in the past. This fact is further evidenced by the large number of musicians who are involved in “Do-It-Yourself” music promotion and distribution without any traditional record label assistance.

Additionally, it is essential to understand the difference in the types of revenues collected by SoundExchange and those collected by “small” Performing Rights Organizations, such as ASCAP, BMI, and SESAC in the United States. Performing Rights Organizations collect “small” public performance royalties for the owners of copyrighted musical composition (the underlying musical composition). These public performance royalties are paid to the music publishers, songwriters and composers of the song. For example, when Jimi Hendrix’s version of “All Along The Watchtower” is played over an analog radio station, the songwriter, Bob Dylan (in addition to the song’s publisher) receive royalties from the appropriate Performing Rights Organization as the original composer of the song. In contrast, Sony Music, as the sound recording owner, and Jimi Hendrix, as the featured artist, would receive royalties from SoundExchange for the song’s recordings’ transmission over a non-interactive digital platform, for example, when the song is played on Pandora. Accordingly, companies and artists can collect royalties from both sources (i.e., one royalty for the musical composition copyright and another for the sound recording copyright) as these organizations work with each other to pay musical creators the royalties they have earned from these distinct streams of income.

Under Section 114 of the American Copyright Act, SoundExchange is only authorized to issue statutory licenses for non-interactive digital platforms. These include satellite radio stations (e.g., SiriusXM Radio), internet radio stations (e.g., iHeartRadio.com), non-interactive digital music streaming services (e.g., Pandora) as well as digital cable and satellite TV services (e.g., Music Choice, Muzak, DirecTV, Dish Network). A comprehensive list of all the current licensees is available from SoundExchange. For example, Pandora is a non-interactive service as it plays similar artists and songs based on a user’s selections and preferences; whereas, Spotify is an interactive service that enables a user to determine the exact song they wish to hear at that moment.

Each non-interactive licensee pays a statutory rate that is determined by a variety of factors, including the number of stations or channels, the number of listeners or subscribers, and/or the amount of advertising and other revenues earned by the licensee. In contrast, on-demand or interactive music streaming services, such as Spotify, are not subject to SoundExchange statutory licensing. These interactive services must enter into separate licensing agreements with the song’s copyright owners to utilize the works.

To pay its members, SoundExchange receives monthly reports from each of its licensees listing exactly what each licensee has performed that month. This data is compiled and utilized to distribute the licensing fees collected by SoundExchange to the appropriate parties on a pay-per-play basis. Of the total amounts collected, 50% percent of these funds are distributed to the owner of the song’s sound recording (typically, a record label), 45% of these funds go to the featured performer on the track (typically, the musician) and the remaining 5% of these funds are distributed to the non-featured performers on the track through the American Federation of Musicians (A.F.M.) and American Federation of Television and Radio Artists (A.F.T.R.A.). Additionally, SoundExchange takes a 4.6% administrative fee “off the top” of the total funds collected to handle these matters on behalf of its members.

Additionally, these royalties are very important to an artist as the funds are distributed directly to the recording artist without the artist’s respective share being first distributed to the artist’s record label. Typically, if the record label were to receive these funds first, they could potentially apply the funds against any unrecouped balance amount owed to the label; however, SoundExchange prevents this by distributing the funds directly to the artist. This distribution system is extremely advantageous to an artist, especially those signed to a major record label, as the artist can continue to receive SoundExchange payments without being fully recouped with their record label, which is not the case with most other royalties accrued in the music industry.

Also, SoundExchange currently holds at least $200 million in royalties owed to non-member artists. Most of these artists are unaware of the existence of this relatively new digital performance right and of the organization, SoundExchange, which administers the licensing. With the rise in popularity of Internet radio stations and music streaming services coupled with the decline in CD and download sales, it is essential that record labels and recording artists properly register with SoundExchange to ensure proper collection and distribution of all the royalties owed to them. SoundExchange’s distribution numbers have steadily risen in recent years and should continue to increase as more users switch from downloading media to streaming-based digital music services.

In conclusion, in order to receive the full value of an artist’s work, they should sign-up with SoundExchange and ensure that their musical repertoire is properly indexed to receive all the amounts they are entitled to. Additionally, SoundExchange does not administer royalties on behalf of downloaded material, as that is typically handled by the sound recording copyright owner (the record label).

The Jacobson Firm, P.C. handles all matters pertaining to music and the law, contact our office for help in registering your copyrights as well as indexing your works with ASCAP, BMI, SESAC, AARC and SoundExchange visit copyright.nyc. Additional information on SoundExchange can be found at soundexchange.com.