SOURCE: MICHAEL RICCI
May 6, 2010
Sign in to view read count 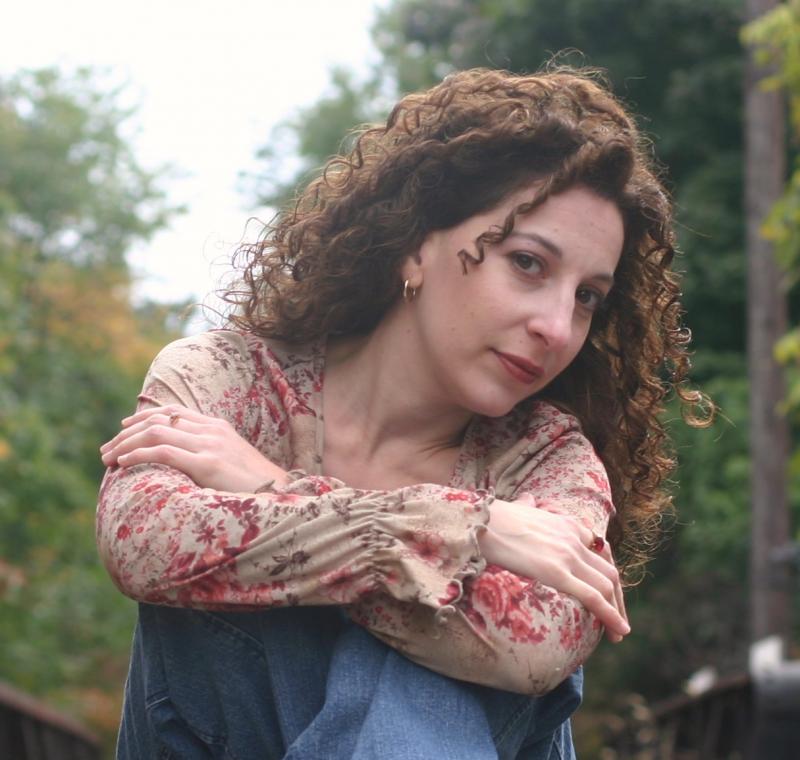 All Things Gold, the debut jazz album from singer-songwriter Melanie Mitrano, represents a daring new direction for this classically-trained artist. "I’m not even sure how my lifetime as a classical musician led me here," the singer muses, "but thankfully I fell in with a group of smart, capable people who guided me well."

Mitrano’s conservatory training (Eastman and The New England Conservatory) brought her to a successful career specializing in avant-garde vocal chamber music. She has worked with some of the most renowned composers of our time, including Luciano Berio, Gyorgy Ligeti, and Lee Hoiby, as well as Pulitzer-Prize winners John Harbison, David Del Tredici and Paul Moravec. These experiences catalyzed her own journey into composition. "Perhaps in singing so much new music, having worked with so many composers, you notice things, you start to understand the process, and then you try your own hand at it," says Mitrano.

All Things Gold features 15 tracks of original music and lyrics, composed solely by the songstress. There’s a lot of variety on the menu, from good old-fashioned swing to Latin grooves, soulful pop ballads, and gritty tunes in unusual meters. The emphasis, though, is on story-telling. Her lyrics are engaging, smart, and shockingly honest. Unwaveringly, the band is tight and swinging, providing a solid grid for Mitrano to spin her tales upon. Central to that end is the consistent reliability and creativity of drummer Scott Neumann, who offers up a wide palette of colors and textures throughout. The result is new music that maintains its innovation, yet seems to evolve naturally from the past, like new additions to the American Songbook.

The songwriter refers to her brand of music as "jazz in a champagne glass," a nod to both her inability and unwillingness to disavow her classical side. "I would never call myself a true jazz singer. I’ve always shied away from singing standards because I think so many others have already done it better than I ever will. So, in wanting to sing jazz, the music of my heart, I saw composing my own tunes as my entry pass. It’s either bravery or folly, perhaps a bit of both."

The opening track, "Immune," is dark, raucous, and irreverent. This hard-driving jazz waltz is made even bolder by Mike Lee’s aggressive tenor saxophone diatribes weaving throughout. Lee stars again on "Smarten Up," a spicy 5/4 siren song, his forthright sound adding some raw heat to the mix. For the evocative "Backstory," he switches to soprano sax, using earthy, punctuated wails to play up the sensual quality of the song.

The title track, "All Things Gold," was inspired by Robert Frost’s signature poem, Nothing Gold Can Stay. The lyrics rail against the inevitable passing away of love, beauty, and life, yet the music suggests the futility of this hope. The pure, golden tone of the flugelhorn, masterfully played by Jim Cifelli, makes the song sparkle. Cifelli switches to trumpet for "Never Been to Brazil," a fun, quirky, deliberately unrefined bossa nova. Trumpeter Nick Afflitto steps up on "You Can’t Unring Bells," sparring good-naturedly with the drums in this nod to the 1940s swing era.

Three tracks feature the trombone, perhaps unusual for a vocal-focused disc, yet Erick Storckman manages to make his contributions sound inevitable. The somber and sweetly subdued timbre of the instrument is just right for a melancholy ballad like "Something to Go On," while on "I Ain’t Got You," the humor and playfulness of the low brass brings out an old-school Tin Pan Alley flavor. Finally, there is "The King of Cryptology," a scathing, sarcastic jazz rhumba. Here, Storckman pushes through the biting groove, adding an appropriate jolt of brass.

Bassist Andy Eulau comes to the fore in the angst-filled jazz waltz, "The Man You Used to Be." The use of uneven phrase lengths here keeps the music feeling satisfyingly off-kilter, unsettled and agitated. Eulau is on tap again for "Another Song about the Moon," a clever romp that quotes numerous moon-titled jazz standards, all paired with original material. In "She Floats Away," a haunting and spare ballad, Eulau’s bowed bass solo brilliantly conveys the song’s fragility and feeling of weightlessness. The ending is breathtaking and ephemeral, evaporating into thin air.

Pianist Matt King takes center stage on "My Finest Hour," a swing tune in 7/4 time. Its unique groove is tightly held and delivered with style. He is in fine form again on "Wednesdays," perhaps the most ingenuous, sweetly simple song on the album. The disc comes to a rousing close with "Toccata Talk to Me," which borrows melodic and harmonic material from Bach’s Toccata and Fugue in D Minor, redefined in a new musical context. King skillfully holds court on both Hammond organ and piano here, with Bachian precision.

As for the title of the album, Mitrano explains simply, "Making this disc has been a journey of self-discovery and self-acceptance. Working with this bunch of tremendous musicians, who also happen to be amazing people, has been a blessing. All these things are gold."