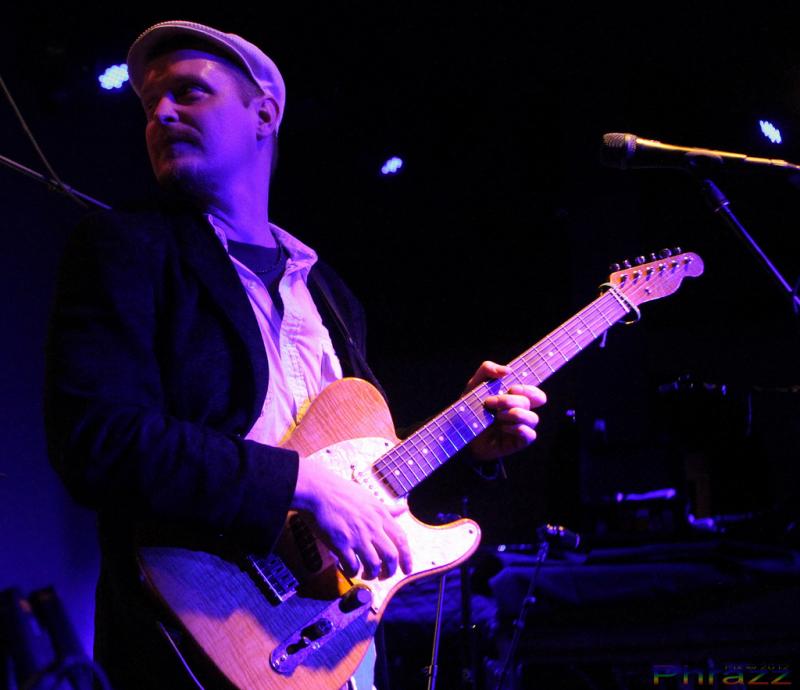 “He’s toured the world with some of the biggest names in funk and blues... He’s the fiery guitarist known as Sol, and his influences span the country, and the globe” —On Tap Magazine. The band will also feature a very special guest: saxophonist Ron Holloway (who has worked with Warren Haynes, Susan Tedeschi, Dizzy Gillespie, Gil Scott-Heron and others). This band includes guitarist and vocalist Sol Roots, with drummer extraordinaire Scott Rabino and tasteful bassist Andreas Holmstrom.

Sol Roots is a fierce guitarist and soulful singer who has toured the world with many roots, funk, and blues legends. Sol and his band create a unique blend of rock, blues, reggae, and raw funk, all delivered with deep soul, performing tasty original tunes and bluesy, greasy jams. Sol Roots has toured across the east coast U.S. at many premier festivals and venues and has been on bills with Dumpstaphunk, Soulive, Jon Cleary, The Wood Brothers, Robert Randolph, Jackie Greene, Eric Lindell, Walter “Wolfman” Washington and more.

Sol has performed on stage and in the studio with musical heavyweights Taj Mahal, Kenny Wayne Shepard, and with the international guitar hero Cool John Ferguson, who he performed with steadily for years. Sol has soaked in much from funk, blues, and soul heroes such as Roy Lee Johnson, Albert White, and Robert Lee Coleman, while touring and gigging with these artists. Sol also created a buzz with his underground blues hiphop album entitled “Volume: Blue,” that carried him overseas to perform these sets live.

With a love of Universal Music as the guiding light, Sol steps out on a path with a unique and talented band of musicians.

Ron Holloway is one of the busiest tenor saxophonists on today’s music scene in any genre! Recently, he has been touring extensively as a member of The Warren Haynes Band, in support of two critically acclaimed releases on the Stax Records label. He is a frequent guest of Gov’t Mule, The Allman Brothers Band and Little Feat. Over the years, he has been a member of an eclectic list of groups, including; the Susan Tedeschi Band, the Dizzy Gillespie Quintet, Gil Scott-Heron and Root Boy Slim!

JV’s is a classic roadhouse venue that showcases high quality national, regional, and local blues, rockabilly and rock performers every single night of the week.