SOURCE: ALL ABOUT JAZZ PUBLICITY
November 24, 2008
Sign in to view read count 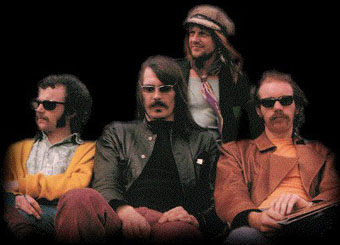 Recorded live during the German tour in the Fall of 1971. Original recordings edited and remastered by Mike King in October of 2008, with thanks to Aymeric Leroy for pitch correction.

Soft Machine were one of first and one of the greatest jazz/rock bands of all time with their absolute peak between 1969 and 1972. This CD documents an often overlooked phase in the long and complex history of Soft Machine - Australian drummer Phil Howard's five-month interim behind the drum stool between Robert Wyatt's departure and his eventual long-term replacement John Marshall. It did last long enough to record half of the studio album Fifth (1972) and a couple of BBC radio sessions, but until now no official document of that line-up in its preferred environment - the stage. Howard was brought into Soft Machine by saxophonist Elton Dean, both being members of Elton's side project Just Us, and under their combined influence the band became freer and wilder than ever before (or after) in its existence, pushing longtime leaders Mike Ratledge and Hugh Hopper into unchartered areas of electric madness. Before long they'd decided this wasn't the way to go, but meanwhile the line-up had antagonized audiences throughout extensive tours of the UK and Europe. This CD documents the German leg of the tour and, as veteran music journalist Steve Lake notes in his detailed liner notes, is a revelation - a glimpse of a highly exciting alternative route Soft Machine decided not to explore further.

“An unsung jazz drums hero, Phil Howard who can be compared to Rashied Ali, Tony Williams and Tony Oxley - is one of the world's greatest jazz drummers that 99.99% of people have never heard of."

“...here is an album to savour. A document of a mighty band with a whirlwind drummer, a very special highlight among the Soft Machines invigorating live recordings." --Steve Lake