SOURCE: ALL ABOUT JAZZ PUBLICITY
May 30, 2018
Sign in to view read count 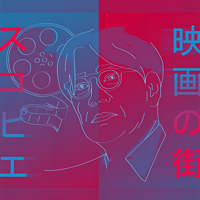 Taking place in Skopje, Macedonia, and now in its fourth year, the Skopje Cinema City (SCC) is a film festival dedicated solely to screening music documentaries. The program consists of documentaries that treat the subject of music in unique and creative ways. As such, it takes the best from the worlds of films and music to offer a different kind of experience to its audience.

Skopje Cinema City aims to achieve the following goals: to entertain and to educate to the best of its possibilities. Though the subject of music is primary, the films that are featured in the program deal with various social, urban and political subjects apart from touching on the subjects of creativity, originality, connectedness, community. As a genre on its own, documentary films are considered to introduce a new type of journalism. The missions behind the selection of films at the Skopje Cinema City festival is to present and provide a new insight into the creative process of music making, as well as the social and political circumstances that influence people’s work and fates.

Over five consecutive days, SCC film festival will show a total of 15 music documentaries. The tradition of the festival is to start with a tribute to a featured artist by screening a film about that artist, as well as for the festival’s artwork to be also influenced by their work. SCC has previously paid tribute to artists such as David Bowie (2015), Leonard Cohen (2016), and Kraftwerk (2017). For this year’s edition, SCC will pay a tribute to Japanese composer Ryuichi Sakamoto by screening the film Coda by Stephen Nomura Schible. This fascinating film is the result of Schible having followed Sakamoto around the world for five years, filming him in a variety of situations. But rather than making a bombast portrait and a panoramic overview of his colorful and varied career, he was given access to Sakamoto's inner sanctum. As a result, the film doesn't follow typical biographical narratives. Rather, we are given a portrait of a great artist at this point of his career and the very elements and essence of what makes him both a great artist and a human being. He is also a passionate political and environmental activist completely immersed in activities for the betterment of people’s lives. The festival will award Sakamoto with an Award for his achievements in music and film (as it was first awarded to David Bowie in 2015).

Sakamoto has been a musician that many other musicians have followed closely and probably no other popular musician has had a broader or a deeper catalog. To experience his music is to experience the world. This is also the aim of the festival, to showcase the rich world of music and the social, political and historical backgrounds that have contributed to it. The festival will show a series of films about jazz music: Blue Note: A Story of Modern Jazz, Sun Ra: Brother From Another Planet, Bill Evans: Time Remembered and domestic jazz artists such as Zoran Madzirov and Dragan Gjakonovski Shpato. The festival program is further bolstered by a jazz photography exhibition “Macedonian Jazzthetics” by Tatjana Rantasha. The festival will pay tribute to another great contemporary artist: Philip Glass by screening the Looking Glass documentary by Erik Darmon and the art film Koyaanisquatsy by Goddfrey Geggio. Other films that will be shown are: Buena Vista Social Club Adios, The Orb: Lunar Orb, Lee Scratch Perry’s Visions of Paradise, Cobain: Montage of Heck and Hansa By the Wall 1976-90.

Skopje Cinema City is supported by the Film Fund Agency for the purpose of promoting the interest in film, music and culture, to foster new generations of filmgoers and allow them to enjoy a wide range of international and domestic documentary films.