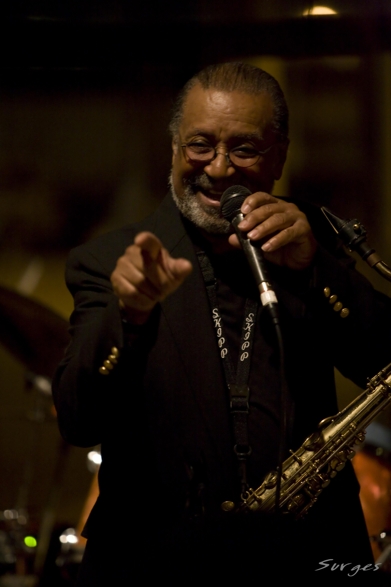 The Conn-Selmer endorsing artist roster includes many of the finest professional players of brass and woodwind instruments in the world.

In addition to Ambassador Pearson's current duties; the preservation of live jazz music presentations for the benefit of generations, the Conn-Selmer honor adds a new level of recognition, while continuing to help foster the development of the next phase in jazz music.

Conn-Selmer, Inc. is the largest manufacturer of professional wind instruments in the United States whose original designs have produced many of the historic brands that hold a cherished reputation among both professional and amateur musicians.

In the early 20th century the Conn and Selmer companies were both leading wind instrument manufacturers based in Elkhart, Indiana. Over the years, both entities have undergone a number of changes from retooling for wartime efforts to streamlining production of their manufacturing operations which has helped strengthen their development and made them world-class instruments builder.

“I am honored to have been given the opportunity to endorse Conn-Selmer" said Skipp Pearson. “This international recognition will make it possible for me to continue my personal mission of helping to ensure the longevity of live jazz music performances for generations to discover and enjoy. “

For more information, or to arrange interviews, contact Kim Anderson at (803) 400-1879 or skpfoundation@yahoo.com.

The Skipp Pearson Jazz Foundation is a non-profit 501 (c) music education and preservation organization that seeks to foster an appreciation of and promote the continued development of live jazz music performances. Through a myriad of public programs and collaborative projects the Foundation seeks to enrich the lives of all persons in communities throughout the globe.

Donations can be made online at skpfoundation.org.