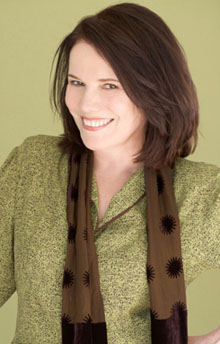 slideshow
Lorraine Feather clearly understands Shakespeare's somewhat snide commentary that all the world's a stage, and the men and women--including herself--its players. She engages the lyricist's craft as an activity integral to the living of life. It is not a case of life imitating or being imitated by art, because art is itself vitally important and indistinguishable from it. Throughout the new compositions on her latest release, Ages (Jazzed Media, 2010), it is obvious that, despite her developed abilities as an observer, she is on some level involved in her characters' lives, delighting in their triumphs and feeling the sting of their losses.

AAJ Contributor Carl L. Hager spoke at great length with Feather recently, about growing up in the family of noted jazz enthusiast/commentator Leonard Feather, being part of the LA session scene on dates by Bette Midler...and Grand Funk Railroad...and, ultimately, about her own recording career beginning with The Body Remembers (Bean Bag, 1997), and continuing seven albums later with Ages.

It's an extensive, career-spanning interview that's absolutely the final word on Feather's career to-date. Check out Lorraine Feather: The Girl With the Lazy Eye at AAJ today!