SOURCE: ALL ABOUT JAZZ PUBLICITY
June 9, 2009
Sign in to view read count 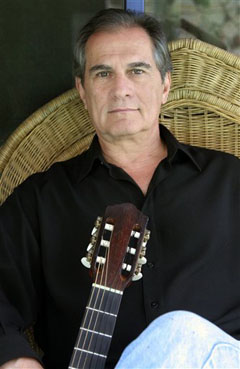 Kenny Rankin, a brilliant pop vocalist and highly regarded musician-songwriter whose stylings ranged from jazz to pop to the world music influences he picked up as a child in New York, has died of complications related to lung cancer, his record company announced Monday. He was 69.

The musician, who first gained acclaim as one of the guitarists on Bob Dylan's landmark 1965 album, “Bringing it all Back Home," had been preparing to record an album of new material when he became ill a few weeks ago. Recording sessions scheduled with producer Phil Ramone were canceled as his health began to deteriorate.

“That he was still at the top of his game is one of the saddest parts of his passing for me," Denny Stilwell, president of Mack Avenue Records, said in a statement. “He performed the new material in our office over the last few months and his voice was still in its finest form — he sounded absolutely amazing. Our hearts and prayers are with his family."

Rankin wrote and recorded the pop standard “Peaceful" and also wrote “In The Name of Love," which was recorded by Peggy Lee, and “Haven't We Met," performed by Carmen McRae and Mel Torme.

His own “The Kenny Rankin Album" was recorded live in 1976 with a 60-piece orchestra.

Rankin, who signed with Decca Records while still in his teens, once said his music career really began in the fourth grade when he sang “O Holy Night" in a school Christmas play and his teacher walked up to him afterward, patted him on the head and said, “Kenneth, that was lovely."

“She set me on the path in music that I find myself on today," he said.