Deep within my spirit I receive direction for the sound that will reach the spirit of the listener! --Carolyn Fitzhugh 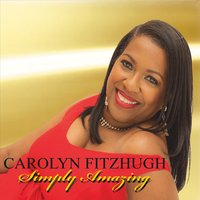 slideshow
Chicago native Carolyn Fitzhugh has released her debut CD Simply Amazing and one listen to any one of her exhilarating vocal performances and you're sure to be left spellbound as her many adoring fans have been left again and again!

Carolyn Fitzhugh grew in a home that was filled with the aroma of a diverse assortment of music greats from John Coltrane and Ella Fitzgerald to Morgana King and Sarah Vaughn to Minnie Ripperton, Ray Charles, Earth Wind & Fire, and Lee Morgan!

With sheets of sound by those masters as the backdrop Carolyn began taking classical piano lessons at age 5 and soon after she started making up melodies on the piano, as she adds “my early days of composition" !

But it was in her teens that as Carolyn continues “I fell in love with jazz piano and the captivating technique of the likes of Herbie Hancock, Oscar Peterson, Ahmad Jamal, Chick Corea, and McCoy Tyner, they quickly became my favorites"! In addition to those masters Carmen McRae, Shirley Horn, Joe Williams and Stevie Wonder are also influences on Carolyn and are collectively reflective in her writing and singing!

Certainly these true innovators, along with her studies at Chicago's Bloom School of Jazz and David Bloom as her instructor in jazz vocal improvisation and jazz small combo improvisation for piano has helped Carolyn heightened her composing and arranging skills and prepared her for the task of writing, arranging and co-producing her debut CD!

As with Vincent Van Gogh's art on display at New York's Museum Of Modern Art, all of Carolyn Fitzhugh's skills are on full display with her new CD. From the opening song “I Still" Carolyn's rich alto reminds us how important it is to be original and she soothes and sours and holds and stretches out every note to breaking satisfaction!

On “Simply Amazing" (the title track) and also an original her three octave voice is on full alert and it's exhaustingly satisfying!

Up next is the great standard “When Sunny Gets Blue" and while it's not an original it becomes new again as Carolyn breathes fresh air and real improvisation into it. Her phrasing and timing are impeccable and her vibrato is stunning!

With “Last Night" another Fitzhugh original Carolyn's voice reaches another level of excellence, tender and romantic but explosive!

Equally as moving and vocally inventive are both “No Fear Of Flying" and “Always There" the last two of her original's where again Carolyn's vocal range and gymnastics are on vivid, colorful display.

On both “Night In Tunisia" and “Maiden Voyage" the tradition of vocal jazz is preserved and moved forward, simultaneously!