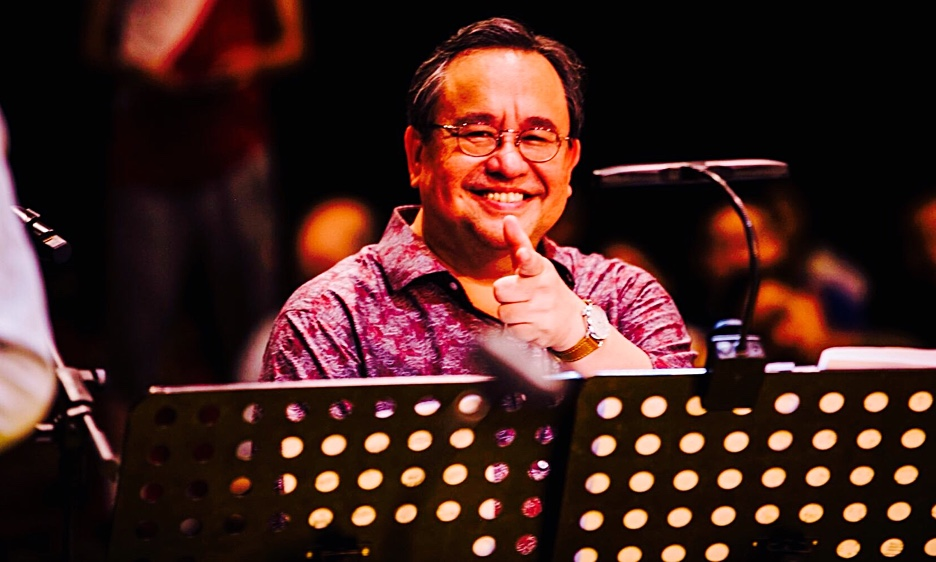 One of the most highly talented jazz trio albums you will ever hear...!
&#151Contemporary Fusion Reviews

In the 1980s, Monteiro formed a partnership with the legendary bass/drum team of Eldee Young and Redd Holt, who had earlier worked as two-thirds of the Ramsey Lewis Trio. One night in 1986, Claude Nobs, the producer of the Montreux Jazz Festival stopped for dinner at a restaurant in Singapore, and heard a recording on the overhead speakers. Nobs asked who was playing, and when he was told it was Monteiro, Young and Holt, Nobs called the pianist and offered him the opportunity to play on the main stage in the 1988 festival, provided he could bring Young and Holt. Monteiro came through, and the resulting live album marked a milestone in the young pianist’s career.

Thirty-five years since that historic concert, Monteiro’s latest album Live At No Black Tie finds the pianist at the helm of another all-star trio. Bassist Jay Anderson and drummer Lewis Nash rank among New York City’s most in-demand jazz musicians, but Monteiro did not come to New York to record with them; rather, it was Anderson and Nash who made the trip to Kuala Lumpur to work and record with Monteiro. “Live At No Black Tie” was recorded and mixed by exceptional sound engineer Sunil Kumar in Kuala Lumpur and mastered by Klaus Endel in Germany.

The opening track, Dave Brubeck's “In Your Own Sweet Way," is a song that Monteiro returns to every three or four years. The new edition begins with it a mysterious introduction which gives no hint of the Brubeck melody. All three musicians take part in this prelude, with Monteiro’s rubato improvisation answered by Anderson’s rich tones and Nash’s glimmering cymbals. Once the melody has appeared and gone, Monteiro, Anderson and Nash subtly interact with each other, propelling Monteiro into an ecstatic improvisation which reveals his diverse influences, including Oscar Peterson, Erroll Garner, Chick Corea, and Keith Jarrett.

A swift-paced “Just in Time” follows, with all three musicians providing solos which offer an admirable contrast with each other, while supplying powerful musical content. Duke Ellington meets Erroll Garner in the opening chorus of “Prelude to a Kiss,” but after Anderson’s dramatic bass solo, Monteiro returns with a conception which subtly changes the scope of the arrangement. “Mode for Love” is Monteiro’s tribute to James Moody.

Late in his career, Moody experimented with inverting some of the modes used by John Coltrane. Monteiro was duly impressed with Moody’s discoveries and commemorated them with this tune, the title of which puns on Moody’s famous solo on “Moody’s Mood for Love.” As Monteiro readily admits, the modally-based composition doesn’t resemble Moody’s bebop, but the inspiration clearly rests with the spirit of the iconic saxophonist.

The wistfully melodic original, “Josefina” is dedicated to Monteiro’s wife. Anderson shows his respect to the composer and his subject by using the song’s arching main phrase as the primary building block of his solo. “Mount Olive” is also a dedication, this time to Eldee Young and Redd Holt, who dragged a tired Monteiro out of bed early one Sunday morning to attend a black congregational church. The overwhelming spirit of the music never left Monteiro, and the trio brings the sanctified spirit from the south side of Chicago to downtown Kuala Lumpur. The last piece in this set of dedications is “Life Goes On,” a heartfelt tribute composed shortly after the death of Monteiro’s father. Monteiro—whose style was once described as “Ravel meets the blues”—displays both impressionistic and soulful ideas in his emotionally overwhelming improvisation.

“Monk in the Mountain,” co-composed by Monteiro and Hong Kong guitarist Eugene Pao, has nothing to do with Thelonious Monk. It celebrates an American man who gave up all of his worldly possessions to become a Buddhist monk to live in seclusion amidst nature. The trio gives this modally-based original an energetic workout, with Nash’s beat patterns and Anderson’s inquisitive counterpoint providing the necessary fuel to lift Monteiro to great creative heights. The passion which Monteiro injects into his solo jumps from the stereo speakers into the listener’s soul, and one can only imagine the excitement that this performance generated within the nightclub. The trio rides on that groove for the album closer, Herbie Hancock’s “Watermelon Man.”

Monteiro has received many awards and honors in his career, including the coveted Cultural Medallion (the highest artistic recognition available in Singapore), two literary awards from the Golden Door Awards (for his memoir, Late-Night Thoughts of a Jazz Musician), and a Silver Medal for Best Music Score from the International Radio Festival in New York for his original composition, “Overture in C Major: The Story of Singapore.” Live at the No Black Tie is his 45th jazz album, and Monteiro hopes to reissue several of his older albums on his own label within the next few years. As is appropriate for a very fortunate and talented musician.

Thomas Cunniffe is the publisher, editor and principal writer of jazzhistoryonline.com

Live At No Black Tie is set for release on April 23, 2021 on JazzNote Records.