SOURCE: SOMETHING ELSE!
December 25, 2011
Sign in to view read count 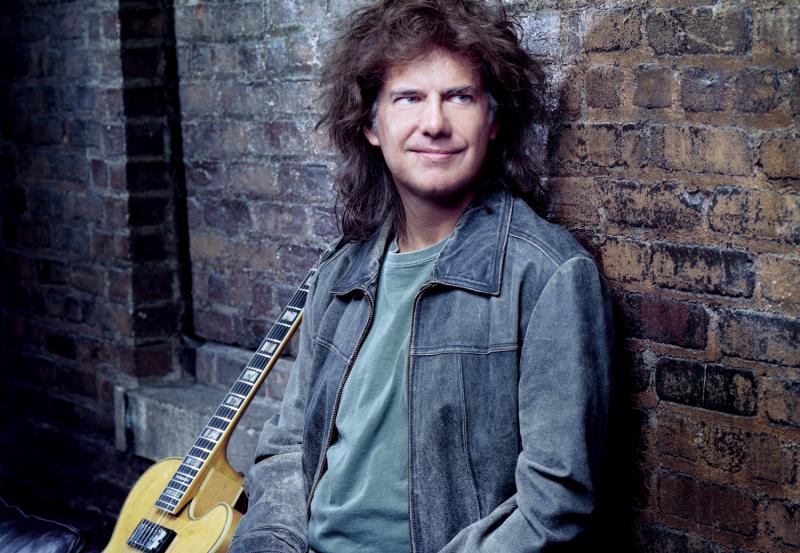 slideshow
After experiencing the first two minutes of this Pat Metheny Group concert, there was no doubt that Boston-area fans just plain love the man. Pat walked out onto the stage (wearing what has become his trademark horizontally-striped shirt) and was greeted by a thunderous two-minute standing ovation. This was before a single note was played!

So, being the music, Metheny and writer nerd that I am, somehow I forgot to bring a danged pen with me for setlist jotting. Ah well, that's what the internet is for. Unfortunately, I couldn't find a Boston setlist, but did find one from Toronto that served as a quick memory-enhancing device.

After the Boston crazies (count me in there) quieted down, Pat began the show with a short acoustic piece which is listed as “This Is Not America" in the Toronto setlist. I guess I haven't listened to the Falcon and the Snowman soundtrack in quite a while as I didn't recognize this bit of music. Toward the end of the piece, the rest of the band walked in from the wings holding and playing various percussion instruments (from simple shakers to claves to the glockenspiel) ... and the song morphed into the beginning of the then-new Metheny Group record, The Way Up, which they proceeded to play in its entirety.

That's right, 68-nonstop minutes of incredibly beautiful and complex music. I found myself wondering just how they were able to remember all of this stuff. The audience was pretty much stunned at the composition's end. Pat introduced the band and then jokingly said “Well ... goodnight!!!" Right, like we believed that.

The band then left the stage save drummer Antonio Sanchez who with Pat played a lightening quick duet version of “(Go) Get It" from Trio 99>00. It was quite obvious that Sanchez had become Metheny's ultimate drummer. I often speak of “musical telepathy" when describing performances, but even that concept doesn't do justice to what this pair could do live. This was just beyond. Not only were they finishing each others' musical thoughts, they might have even been starting them.

It was then time for a little nostalgia as two selections from Offramp were played. First was the straight ahead-ish “James," followed by an otherworldly Cuong Vu trumpet solo which foreshadowed and eventually became the longtime crowd favorite “Are You Going With Me?" As many times as I hear the latter tune in a live setting, it never fails to get me going. It's inspiring to see a musician nearly come out of his shoes while playing a solo (as Pat does while burning the house down with the guitar synth). Going a little further back in time, Metheny then played the trio variation on “Lone Jack," which first appeared on the group's eponymous record.

During nearly every Metheny Group concert I've attended, there comes a time for “The Big Noise." This is the song when dissonance, high volume and disturbing squawks are emitted from the stage. In the past, “Scrap Metal" (an unrecorded leftover from the Offramp sessions) has served this function. This time around it is “The Roots of Coincidence," from Imaginary Day. The best way to describe this tune is, well ... it's tough. Mix just a little techno into some blasphemous and dissonant metal and you're almost there.

The big noise is followed up with a trio of softer, more pastoral songs: “Last Train Home" (love that Coral electric sitar), “Always and Forever" (from Secret Story, played as a duet with harmonica ace Gregoire Maret) and “Farmer's Trust," my favorite Metheny composition. Lyle Mays took a piano solo before Pat joined in for the latter tune.

The last song of the regular set was “Minuano (Six Eight)," from Still Life (Talking). This song makes the Metheny Group sound like a gamelan orchestra. Per usual, the crowd goes wild, the band leaves the stage after sheepishly dealing with the adulation and then then returns for one more 'blast from the past': “Song For Bilbao," an old guitar-synth workout that left the crowd humming its twisty melody as we shuffled toward the exits.

What a fine show. It exhausted me.