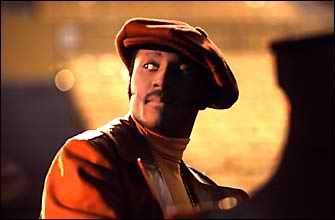 Hathaway became well-known for his duets with Roberta Flack on hits such as “Where Is The Love,” but as magnificent as Hathaway sounded in the studio, his live performances were absolutely electric. As Ritz writes in the liner notes, “the happy moments on these live dates are many: Willie Weeks’ remarkable bass work on “Voices Inside”; Dupree’s nuanced, perfectly punctuated guitar riffs; Donny’s long-form, drama-building keyboard work, especially on “The Ghetto,” his master tone poem; the funkification of Carole King’s “You’ve Got A Friend” (with the crowd providing the requisite church choir); the jet-stream gentle groove of “Nu-Po” that anticipates the coming gentle storm of smooth jazz without submitting to schmaltz. Soul can get sappy, but Donny never does. His musical intelligence always avoids the obvious.”

Recorded live at The Troubadour in Los Angeles and The Bitter End in New York, with palpable excitement from the audience, Donny Hathaway Live also features a performance of his song “We’re Still Friends,” and an inspired cover of Marvin Gaye’s “What’s Goin’ On.” The album was originally released by Atlantic in 1972. As All Music Guide describes it, “Hardly the obligatory live workout of most early-'70s concert LPs, Live solidified Hathaway's importance at the forefront of soul music.”

Donny Hathaway In Performance was recorded live at The Troubadour, The Bitter End and Carnegie Hall, and includes covers of Nina Simone’s “To Be Young, Gifted And Black,” Leon Russell’s “A Song For You,” as well as Hathaway’s own songs “Nu-Po,” and “We Need You Right Now.” In Performance was released posthumously in 1980 on Atlantic, following Hathaway’s tragic death in 1979 at the age of 33.

Wexler would later write in his autobiography, Rhythm And The Blues, “Hathaway’s voice is plush-velvet, broad-stroked, and big-bottomed; it’s a misty-blue pop-jazz church voice of tremendous power and conviction.” More than 3 decades after Hathaway’s death, he is remembered for his incredible gift, and his legacy lives on.

Shout! Factory is a diversified entertainment company devoted to producing, uncovering and revitalizing the very best of pop culture. Founders Richard Foos, Bob Emmer and Garson Foos have spent their careers sharing their music, television and film faves with discerning consumers the world over. Shout! Factory’s DVD offerings serve up classic, contemporary and cult TV series, riveting sports programs, live music, animation and documentaries in lavish packages crammed with extras. The company’s audio catalogue boasts GRAMMY®-nominated boxed sets, new releases from storied artists, lovingly assembled album reissues and indispensable “best of” compilations. These riches are the result of a creative acquisitions mandate that has established the company as a hotbed of cultural preservation and commercial reinvention. With its fingers on the pulse of pop culture, Shout! Factory continues to impact the entertainment media landscape through acquisition of top quality programming for home entertainment releases. Shout! Factory is based in Santa Monica, California.