Shane Endsley Celebrates The Release of His New Recording - Then The Other - At The Cornelia Street Cafe on May 4! 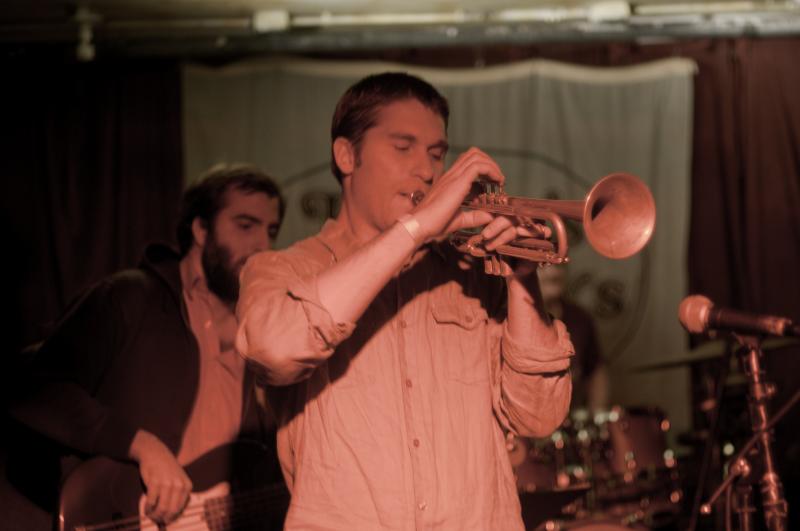 slideshow
On May 4 at The Cornelia Street Cafe, Shane Endsley celebrates the release of his new recording on Kneebody's new label, Low Electrical Records, Shane Endsley and The Music Band—Then The Other.  Endsley will be appearing with Craig Taborn (piano), Matt Brewer (bass), and Nate Wood (drums).

In addition to his work with the Grammy-nominated band Kneebody, and leading The Music Band, Endsley has been working with some of today's most exemplary and hippest musicians, including Chris Speed, Charlie Hunter and Ben Allison.  With the release of Then The Other, featuring Craig Taborn (piano), Matt Brewer (bass) and Ted Poor (drums), Endsley once again hits the ground running as a bandleader with an album of acoustic quartet music that switch-hits with tunes that are lively and euphonious, to music that posseses a hushed qui vive.

Then The Other opens majestically with “Big," on which, “the band plays heftily and throws a lot of paint on the canvas," explains Endsley.  Living in the Endsley household means hearing a lot of old-time and finger picking guitar music; specifically, a bit of the Appalachians' culture has seeped into Endsley's writing, manifesting itself in the joyous original, “Kings County Ramble" (Endsley's solo here is worth the price of admission alone).  Then The Other continues with “Young Benjamin," perhaps the most tender sounding piece in this collection, which gets its name from two of Endsley's favorite musicians who were the first to play it, Adam Benjamin and Tim Young.

Other highlights on Then The Other include the medium bounce of “House," that Endsley has a penchant for these days; “Pedals," originally written for piano, and now a mercurial Kneebody-esque ensemble piece; the through-composed title track that Endsley calls, “a good bedtime piece": and the upbeat and quintessential Endsley melody of “Gallery Piece," that offers some of the most energetic and fun playing on the record.

Endsley comments on forming The Music Band and the new recording, Then The Other:  “The Music Band is a long overdue step for me.  This group has just recorded my second CD as a leader, the previous one being ten years old now.  As the band name might suggest, this project will be an exercise in simplicity.  It's a new group and the plan is to bring in some material that doesn't require too much head scratching from the players but rather, sets us comfortably off into some lyrical improvising.  I want us to get the tunes going and then be able to come off the page, to not be laden with intense structure.  Having said that, I should probably say that the music will not be banal or mundane.  It will just be designed to be easily digestible so that we can all enjoy the unrestricted artistry of young masters like Craig Taborn (piano), Matt Brewer (bass), and Ted Poor (drums)."