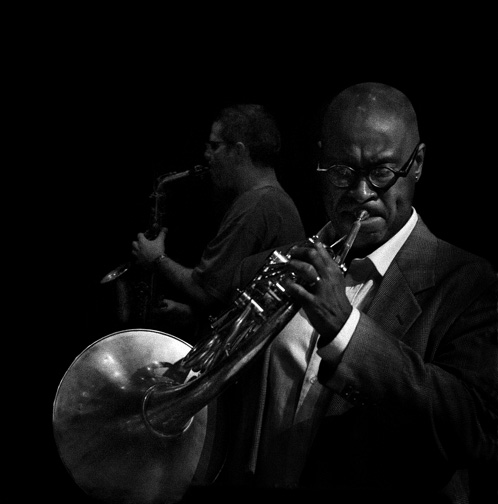 slideshow
From The Seattle Times:

By taking his time and letting his music develop at its own pace, Mark Taylor has become one of the essential players on the Seattle jazz scene.

While steadily pursuing his own musical vision, the alto saxophonist has toiled fruitfully as a sideman, contributing to more than half a dozen excellent ensembles. From long-running institutions like the Jim Knapp Orchestra (which plays the first Monday of every month at the Seattle Drum School) to short-lived projects such as the Wayne Horvitz quartet (that just finished a two-month run at Caf Paloma) Taylor provides a jolt of passionate lyricism to every situation in which he’s involved.

Six years after the release of his impressive debut CD “After Hours” (Origin), Taylor once again steps into the foreground with a consistently compelling quartet session: “Spectre,” which alternates between spontaneously generated quicksilver improvisations and sinuous compositions.

“I’m not a very prolific writer, but I spend a ton of time on the tunes,” says Taylor, 36, who celebrates the release of “Spectre” on Thursday as part of Earshot’s Art of Jazz Series at the Seattle Art Museum and then April 13 at the Triple Door. Both gigs feature the same cast as the CD, with the dynamic young drummer Byron Vannoy, veteran bassist Jeff Johnson and Los Angeles-based Gary Fukushima on piano and Fender Rhodes.