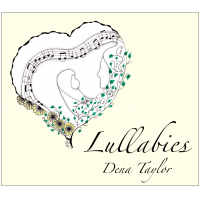 Music can be a calming and healing influence, and lullabies sung by a mother can be a true expression of love and safety. Unfortunately, some children living in abusive situations never hear a lullaby and have no hope of improving their family’s situation. Jazz singer Dena Taylor is hoping to change that with her new album, Lullabies, which is both an instrument of peace for mothers and children in shelters and a fundraiser to help raise money to support charities that fight child abuse.

In addition to a long-time goal of creating an album of lullabies, Taylor was inspired to actually use her newest album to address child violence after hearing the tragic story of an abused child who was senselessly beaten to death. “I knew I couldn’t help the child,” said Taylor, “But an album full of lullabies is my way of returning something beautiful and positive back into the universe.” Taylor dedicated the album to the boy, Scotty McMillan, and in honor of his memory will be donating much of the sales proceeds to The Lullaby Project. Once established, the dedicated sales proceeds from the Lullabies album will be collected and donated to organizations that fight child abuse and support those who have survived it. The first organization to receive a sales based donation will be Court Appointed Special Advocates (CASA).

The goal of The Lullaby Project fundraiser is to acquire $3,500 by February 29 in order to cover the cost of pressing the CDs and distributing a number of both the physical CD as well as electronic music files preloaded on mp3 players to women and children living in shelters. “Knowing that women in shelters are usually lacking necessities, I realize they would have no way to play music for their children,” said Taylor. “Starting in my hometown of Austin, I plan to give as many of the sheltered mothers an opportunity to sing and play lullabies to their little ones as possible by providing them with mp3 players.” Each package will contain both the preloaded mp3 player and a personal note from Taylor.

Songs on the album include You Are My Sunshine, Jesus Loves Me, Brahms’ Lullaby, Dormi Dormi Dormi, My Bonnie Lies Over the Ocean, An Irish Lullaby (Too Ra Loo Ra Loo Ra), Goodnight, Make You Feel My Love, All the Pretty Little Ponies, and Lullaby (Goodnight My Angel). Notable guest artists include Grammy winning Redd Volkaert and Rick McRae.

“It’s not enough for music to be good; it also has to do good,” said Taylor.

Jazz musician Dena Taylor is the creator of award-winning albums Round Midnight, Certitude, and The Nearness of You. She has been awarded several honors, including her most recent Indie Music Channel’s Best Female Jazz Artist of the Year in 2014. Having spent 12 years abroad serving in the military, Taylor had the opportunity to perform several overseas concerts and sing with touring USO shows before returning to the United States to resume her civilian career.