SOURCE: TWO FOR THE SHOW MEDIA
August 6, 2009
Sign in to view read count 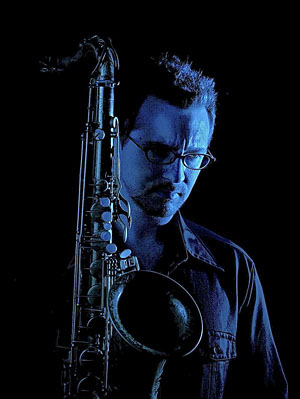 slideshow
Saxophonist/Composer/Bandleader Sean Nowell will be bringing his group to the Cornelia Street Cafe in NYC on September 9th, 2009.

“Originally from Birmingham, Alabama and influenced by the southern tradition of blues, gospel and jazz, tenor saxophonist and composer Sean Nowell unleashes his second project for the Posi-Tone Records with a command performance in a fiery passion-filled eight-piece barn-burner of a recording with “The Seeker.” Playing with the sophistication of a John Coltrane and the grace of a Lee Konitz, Nowell unfurls the sax for intense tenor work dominating the band and delivering an excellent session of straight ahead contemporary jazz elevating “The Seeker” to an elite category." --Edward Blanco

Sean Nowell is a tenor saxophonist and composer from Birmingham, Alabama steeped in the southern traditions of blues, gospel, jazz, and funk fused with the complex harmonic and world rhythmic concepts that permeate the music of the New York jazz scene. While in Alabama, Nowell sang in cathedrals with a national touring a cappella choir, and was exposed to vocal music from Germany, Eastern Europe, and Africa. He received a BA in Composition from Berklee College of Music in Boston in Jazz Composition and a MA from Manhattan School of Music in New York in Performance. He has composed and improvised film scores, music for ballet and theatre, 20th century classical music, big band, and small jazz ensembles and has pushed the character boundaries of the saxophone, flute, bass clarinet, and Udu (Nigerian clay pot drum) by integrating electronic effects pedals with those acoustic instruments.

Nowell has traveled and collaborated with dancers, actors, painters, and acrobats on multiple tours of China, Bulgaria, Kosovo, Macedonia, Bosnia, Serbia, Romania, France, Germany, Hungary, Holland, Belgium, Colombia, Venezuela, Singapore and the United States as Musical Director for Bond Street Theatre over the past decade. He’s participated in uniting clashing religious and ethnic groups in Kosovo through music and has been proud to serve as an unofficial artistic ambassador for the United States by exchanging social and artistic ideas and holding master classes in these countries on American Jazz, learning the folk music of the regions, and then incorporating it into his compositional and improvisational style.

He also recently recorded with Stanley Clarke and George Duke for the movie “Soul Men". Sean is also part of some of the most creative, forward thinking ensembles in the city, including: Travis Sullivan’s Bjorkestra, the KUNG-FU MASTERS, Justin Mullens’ Delphian Jazz Orchestra, the Yutaka Uchida Quartet, and House of Waters. He has had multiple tours with his fx driven funk band, MonAtomic, and performs regularly in the top jazz clubs in New York City.