Saxophonist Will Vinson Interviewed at All About Jazz...And More! 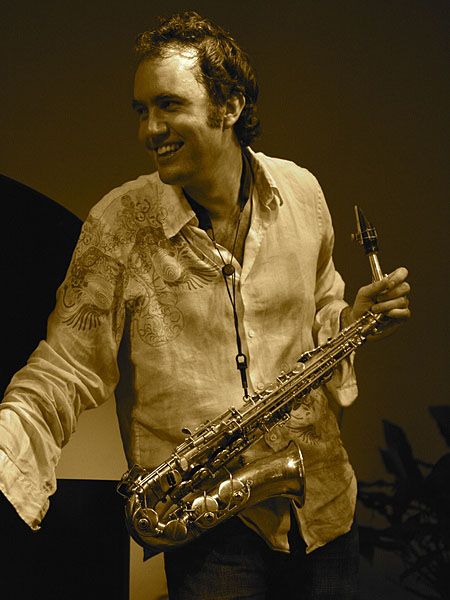 slideshow
Like many musicians of his generation, growing up in the rock- and pop-dominated 1980s, saxophonist Will Vinson got his indoctrination to jazz from the sounds emanating from the stereo system in his home, hearing the likes of Dave Brubeck, Duke Ellington and Count Basie from his father's record collection. He took a liking to them. Especially Basie, as Vinson started out playing the piano as a youngster.

But there were a few obstacles. Vinson, 33, is a native of London, and looking around his immediate surroundings, he felt practically alone among his peers. There were few comrades-in-arms for Vinson with regard to his “eccentric interest." Nonetheless, by the age of about 12, he knew that he wanted to make music a career, albeit unsure of what form that would actually take.

Since relocating to New York City in 1999, Vinson has become part of an emergent group of younger artists that includes guitarists Lage Lund and Jonathan Kreisberg. And in 2010, Vinson has released not one, but two albums—the live The World Through My Shoes (Nineteen Eight), and Stockholm Syndrome (Criss Cross), a studio session.

All About Jazz contributor R.J. DeLuke recently spoke with Vinson about his two new releases, the challenges of lifting roots and relocating across the Atlantic, and the sometimes overwhelming but always inspiring scene he found when he did. Read about all this and more, in R.J.'s in-depth interview, Will Vinson: Planted and Growing in New York, published today at All About Jazz

But that's not all. To celebrate the recent release of The World (Through My Shoes) and Stockholm Syndrome, All About Jazz has been providing additional extensive coverage:

All About Jazz is committed to bringing you the most extensive coverage anywhere surrounding new releases, so be sure to check out all the buzz about Will Vinson, The World (Through My Shoes), and Stockholm Syndrome, at All About Jazz today!