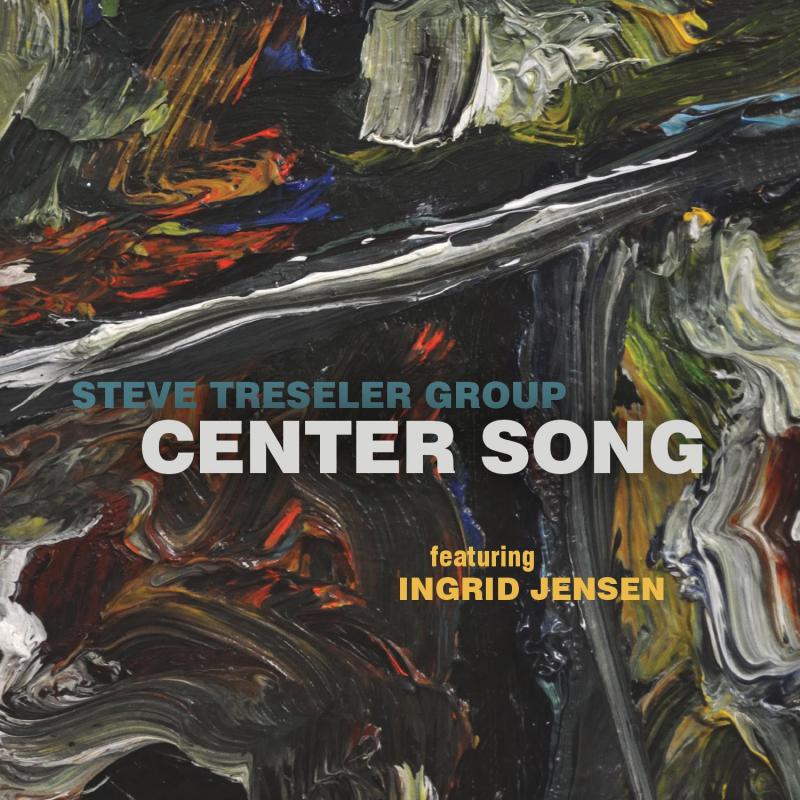 Treseler grew up in the midst of Seattle's grunge and alternative rock scene before moving to Boston to pursue his studies at New England Conservatory. It was at NEC where he was introduced to the music of pianist/composer Lennie Tristano and saxophonists Lee Konitz and Warne Marsh. “I was taken with the mix of the 'cool' aesthetic with more angular rhythms and melodies," Treseler says. “Playing a Lee Konitz tune, instead of the standard on which it is based, sets up a different feel for the rhythm section." The Tristano school of players and indie rock are two streams that continue from Resonance into Center Song. The non-Treseler tunes this time around are Konitz's “Kary's Trance" — Treseler uses a 1975 live recording as his basis here — and “Days Were Golden" by the Seattle rock group Sunny Day Real Estate, as well as the title track, a new composition by Ingrid Jensen.

Center Song is a highly varied record, presenting the whole of Treseler's artistic vision. “Before we started recording, I had the whole album laid out. I wanted to give a narrative flow to the whole thing, balancing the improvised music and the composed music." Treseler imagined Jensen's sound throughout the compositional phase, having performed with her previously in Jim Knapp's orchestra.

The renowned Jazz and Creative Music Workshop at the Banff Centre For the Arts in Alberta, Canada, proved to be the catalyst for the development of Center Song. Treseler was a participant in the summer of 2011, one of the final years of Dave Douglas' tenure in the Rockies. “Inner Sounds," one of the more through-composed pieces on the album, started as a sketch for one of Douglas' composition sessions. The workshop also inspired Treseler to reach out to Jensen. “My roommate in Banff played me Ingrid's solo on Maria Schneider's 'Sky Blue,' and I was just floored," says Treseler. Another piece, “11,000 Miles," was written for a truly international band that Treseler played with at Banff, and the titular distance is what separates Melbourne, Australia, from Prince Edward Island, the hometowns of two of the musicians involved. “I wrote it for them," Treseler recalls, “with that nostalgic feeling of realizing that this exact group of people may never play together again."

In addition to Treseler's compositions, the album features four open improvisations, including “Ultra Tempo," dedicated to saxophonist George Garzone, with whom both Steve and Ingrid studied. The free improvisations have been influenced by the weekly Racer Sessions at Café Racer in Seattle. Every week is run by a different curator; past hosts include Vinny Golia, Wayne Horvitz, Andrew D'Angelo, and Treseler himself. His participation in these sessions has had a marked effect on his more recent work.

Since moving back to Seattle from Boston, Treseler has become a highly in-demand educator. This fall, in addition to the release of Center Song, he will serve as Cuong Vu's teaching assistant at the University of Washington. Creative Music Adventures, a music school founded by pianist Michael Stegner, will publish his book, The Living Jazz Tradition this autumn. In pre-publication form, Treseler's book has already been used in courses at Berklee and Central Washington University. Treseler's writing provides insight to some of his playing on Center Song — notably, the chapter on “Free Improvisation with Compositional Limitations" elucidates the form behind “Ultra Tempo," “Abyss," “Chorale" and “Interlude."

Treseler summarizes his artistic breadth, documented on Center Song, this way: “My concept for this album was to explore seemingly opposing musical concepts — tradition/ innovation, composition/improvisation, art music/folk music, impressions of the external world/expressions of inner worlds. While many people view these as dichotomies, I see them as different perspectives of the same musical universe."