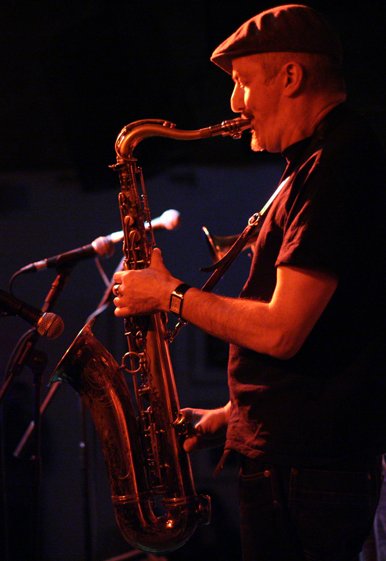 Two of the most over-used phrases in music journalism are “overnight star" and “out of nowhere," and so apologies for starting with them here. But when it comes to describing British saxophonist Nat Birchall, they have an unusual degree of exactitude. Birchall, born in 1957 in the rural seclusion of the hill country of North-West England, where he still lives in 2010, and a saxophonist since 1979, didn't make an impression on Britain's national jazz scene until 2009, when he released his second album, Akhenaten, on fellow Lancastrian, trumpeter Matthew Halsall's Gondwana label.

The media embrace was immediate, and--practically overnight--Birchall and his John Coltrane and Pharoah Sanders-inspired “spiritual" jazz became hot topics of conversation. 2010's follow-up album, Guiding Spirit, also on Gondwana, has raised the temperature further. Without warning, Birchall has become a name to reckon with.

AAJ Senior Editor Chris May spoke with Birchall recently about Guiding Spirit, his love affair with reggae music, and the ten albums that mean the most to him.

Check out Nat Birchall: Alone in the Music at AAJ today!