SOURCE: ALL ABOUT JAZZ PUBLICITY
July 28, 2007
Sign in to view read count 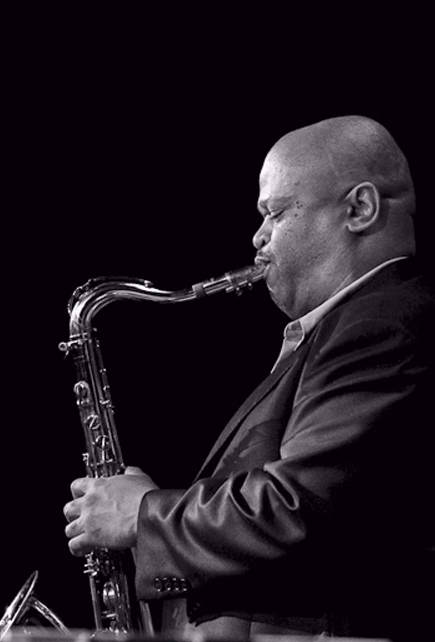 slideshow
A Reemergence “Straight Ahead Jazz" With The Azar Lawrence Quartet! Sax man “Azar Lawrence said to have been quiet since his stellar beginning on the music scene in the 70's is reemerging as a serious front man.

Child prodigy Azar Lawrence has made numerous contributions to the American music scene positioning him in the company of a veritable whose who among the country's traditional art form, and placing his name in the pantheon of our indigenous artist that have taken part in blazing the trail for The Music worldwide.

Composer, arranger Azar Lawrence has performed in the world of American music for over three decades. Azar's playing style is often defined as being on fire. Azar's musical acumen and versatility has made it possible for him to perform with some of America's vanguard artist such as the late Frank Zappa, and has gained him the admiration of many of America's great recording artist of a variety of music genres.

Azar Lawrence's, recently released, “Legacy and Music of John Coltrane, with Cleveland's stellar Edwin Bayard Quartet, has been receiving positive reviews, as have his live performances with his Los Angeles Quartet. The Azar Lawrence Quartet consists of Los Angeles based composers, arrangers Nate Morgan and Oscar Deric Brown two extremely gifted and talented pianists in the Los Angeles music scene, outstanding bassist, Trevor Ware and veteran drummer, Fritz Wise (Pharoah Sanders). The Quartet has been has been mesmerizing audiences throughout California since spring. Azar has been garnering fans from throughout the region to his performances, and is back in demand recently performing with Ravi Coltrane at Catalina's Bar & Grill, Hollywood. Be on the “hear" out because without a doubt Azar Lawrence's “comeback" as a front man promises to further the Music, America's indigenous art form, that is...Jazz.

“The rather academic title of this release doesn't do justice to the power of this celebration of the ecstatic music of John Coltrane. The two front men - Lawrence and Bayard - have both drunk deeply from the fount of Coltrane's musical wisdom, and the devotees pay tribute to their master in four extended performances." --David Dupont, Cadence Magazine, August 07

“Does the world really need another John Coltrane tribute album? It gets exhausting to choose among the multitudes that already exist. However, if even half of them were as vital and powerful as tenor saxophonist Azar Lawrence's Legacy and Music of John Coltrane, there'd be no need for jadedness." --Scott Verrastro - Jazz Times, June 2007

“Azar's re-emergence over the last two years has been one of the great stories in LA music, and he's blowing his ass off!" --David Brent Johnson, Night Lights, WFIU 103.7 FM, Bloomington Indiana, April 2007