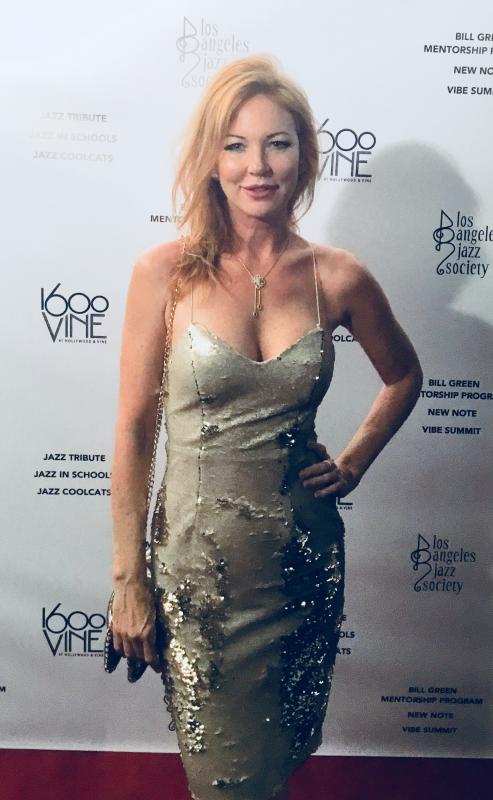 Leonard Martin presented Seth MacFarland with the 2017 David L. Abell Angel Award for his focus on music, literature and philanthropy.

Quincy Jones presented his “brother from another mother," Johnny Mandel with the Jazz Tribute Celebrating A Life Of Achievement. Their mutual admiration could be felt by all in the theater.

The concert swung under the musical direction of John Clayton with performances by Calabria Foti, Chuck Berghofer, Tony White and the LA Jazz Society All Star Big Band.

More on Cynthia, who recently addressed the United Nations for the 11th time on issues of displaced societies, fake news and intellectual property. She has long been considered “one of the most sultry and seductive voices in the history of music". Listen to her on playlists with Ella, Johnny Mathis, Tony Bennett to Harry Connick, Jr. and today's pop and country artists, Lady Gaga, Taylor Swift, Adele, Gwen Stefani, Kacey Musgraves and Selena Gomez to name just a few. Her latest Holiday “smouldering warm" offering, “The Christmas Song" along with her classics, “Going Out Of My Head" “Haunted Heart" and “Two For Two" from her full length CD, “The Standard" can be found on iTunes Spotify

Send love this Holiday season with the gift of music, “hurry down the chimney to download!" #awfulgoodgirl