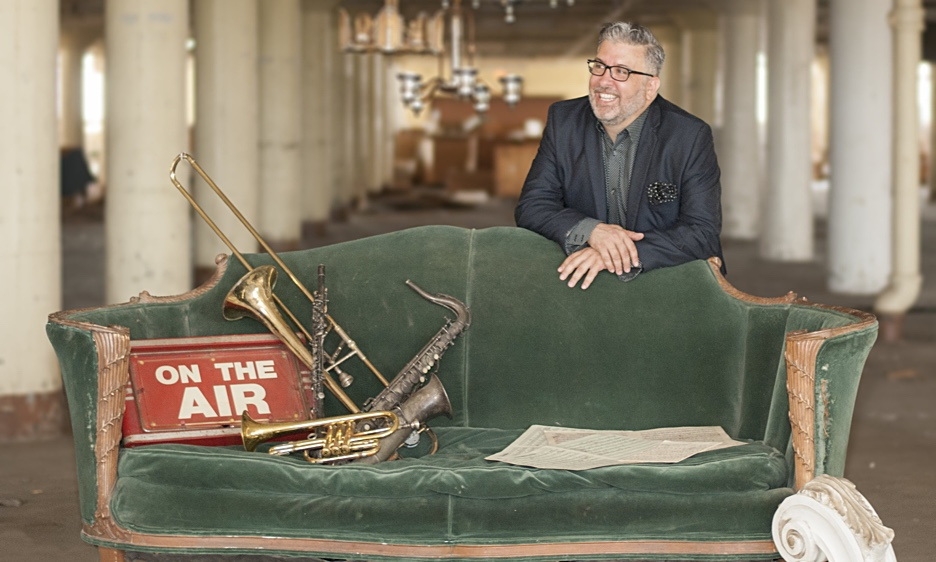 Smooth is being re-defined. Sam Fazio handles the classics with gentle, respectful care. There's a purity in his voice that puts a wonderful, new spin on songs that you love. &#151Dean Richards, Entertainment Reporter/Critic WGN 9

Chicago-based vocalist Sam Fazio has established a name for himself in the music scene over the past several years. Sam brings new life to jazz standards and pop classics. Sam has entertained audiences at some of the most prestigious venues in the country, including Green Mill, Jazz Showcase, Andy's Jazz Club, City Winery, Untitled, and SPACE (Chicago); Cliff Bell's (Detroit); Blues Alley (DC); and Iridium, Feinstein's at the Loews Regency and 54 Below (New York City)—to name a few. Sam has also taken the stage at numerous performing arts centers, including Overture Center, Schauer Arts Center, Trueblood, and Metropolis. Sam has held residencies at many renowned hotels including the Knickerbocker, LondonHouse, Chicago Hilton, and a 6-year run at the historic Drake Hotel. In addition, Sam has performed at many events and festivals throughout the year, including the Chicago Jazz Festival and Taste of Chicago.

Sam's first three CDs have been reviewed by many media outlets and tracks can be heard on radio stations throughout the country and around the world. Sam's sophomore CD was released on Blujazz record label, and his holiday CD was named one of the best holiday jazz albums by jazz critic Howard Reich.

Fazio collaborated with the legendary jazz duo Tuck & Patti on his forthcoming CD, Let's Go. As the title suggests, Let's Go is about moving forward and in Fazio's case, with songs he loves to sing-no matter the genre. Tuck and Patti worked with Sam to find songs that showcase the depth of his rich and multi-faceted voice. Whether it's the pure simplicity of a duo or the energetic beat of a full rhythm section, Fazio doesn't disappoint. The new CD includes unique arrangements of jazz standards and pop classics, as well as several original songs by Fazio, Cathcart and Andress, and the combination. Tuck teams up with Fazio on “Eleanor Rigby" and Patti adds harmonic depth on “My Baby Just Cares For Me."

Sam is joined by his longtime pianist and musical director, Chris White, along with a full band to preview songs from his new CD at Catalina Jazz Club in Hollywood. Fazio's pre-release show will take place on Wednesday, July 17 at 8:30pm.

“Smooth is being re-defined. Sam Fazio handles the classics with gentle, respectful care. There's a purity in his voice that puts a wonderful, new spin on songs that you love." —Dean Richards, Entertainment Reporter/Critic WGN 9 and WGN Radio 720

“A singer with a clean, warm voice and attractive delivery, Sam Fazio is not your usual jazz singer, as he blends the type of voice that would sound good on Broadway with an overt Sinatra influence in what is a winning combination." —Brad Walseth, jazzchicago.net